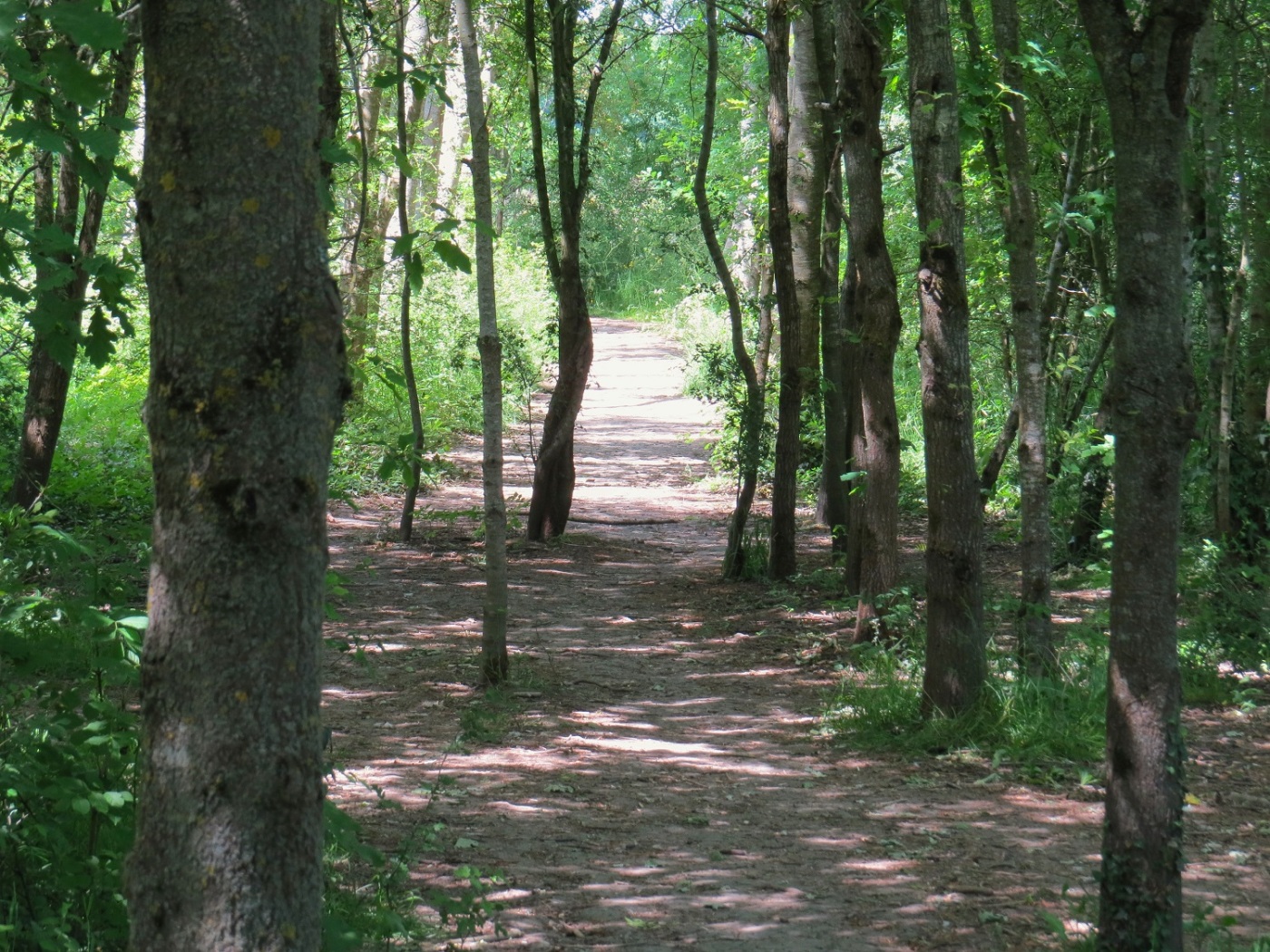 As it was a lovely afternoon and I wanted pictures of the bags of ragwort we had pulled in Lambrok Meadow, I thought I would have a bimble round the reserve.

The Lambrok Stream is very low but still running – I have never seen the main channel dry up completely. Between the first bend and the ford I saw three pairs of Beautiful Demoiselles. I met up with Clive and his dog Dylan by the orchid patch in Lambrok Meadow where there were plenty of Meadow Browns, Ringlets, Skippers and Whites.

On the hedge by the pond were Gatekeepers and Ringlets and in the grass at the inlet to the pond are some Common Spotted-orchids nearing their end.

Joined up with Clive at the Decorated Bridge where he had just photographed a Water Vole crossing the stream upstream. I went to look but it didn’t show for me, though.

We walked round to Puddle Corner then all the way around Sleepers. On the encroaching brambles and nettles to the right going up lots of Gatekeepers, Meadow Browns, Ringlets, Large White and Marbled Whites and Skippers.  Half way up the hedge a dragonfly buzzed us and then settled. I thought was a Brown Hawker, but I am not now so sure and I have sent the picture off to Rosie [County Recorder] to verify.

[7] water vole [8] Message from Ian: The dragonfly in Sleepers I was not sure about has been identified by Rosie as an immature female Ruddy Darter [9] peacock [10] betony

At the top of the field by the deep filling of bramble and nettles there were lots of Gatekeepers, Meadow Browns, Ringlets, a couple of Tortoiseshells and Peacocks in pristine condition, plus Marbled Whites and Skippers.  The hedge down towards the entrance into Sheep Field is less busy as it is in more shadow.  Near the entrance to Sheep Field, the small clump of Betony is now spreading up the field margin.

Along the pathway that we cleared two weeks ago we were buzzed by a Southern Hawker. Clive and Dylan went home via Kestrel and I ambled to the car park. Just by the Oak near the entrance, a Common Blue appeared but would not settle for my camera. An interesting afternoon.