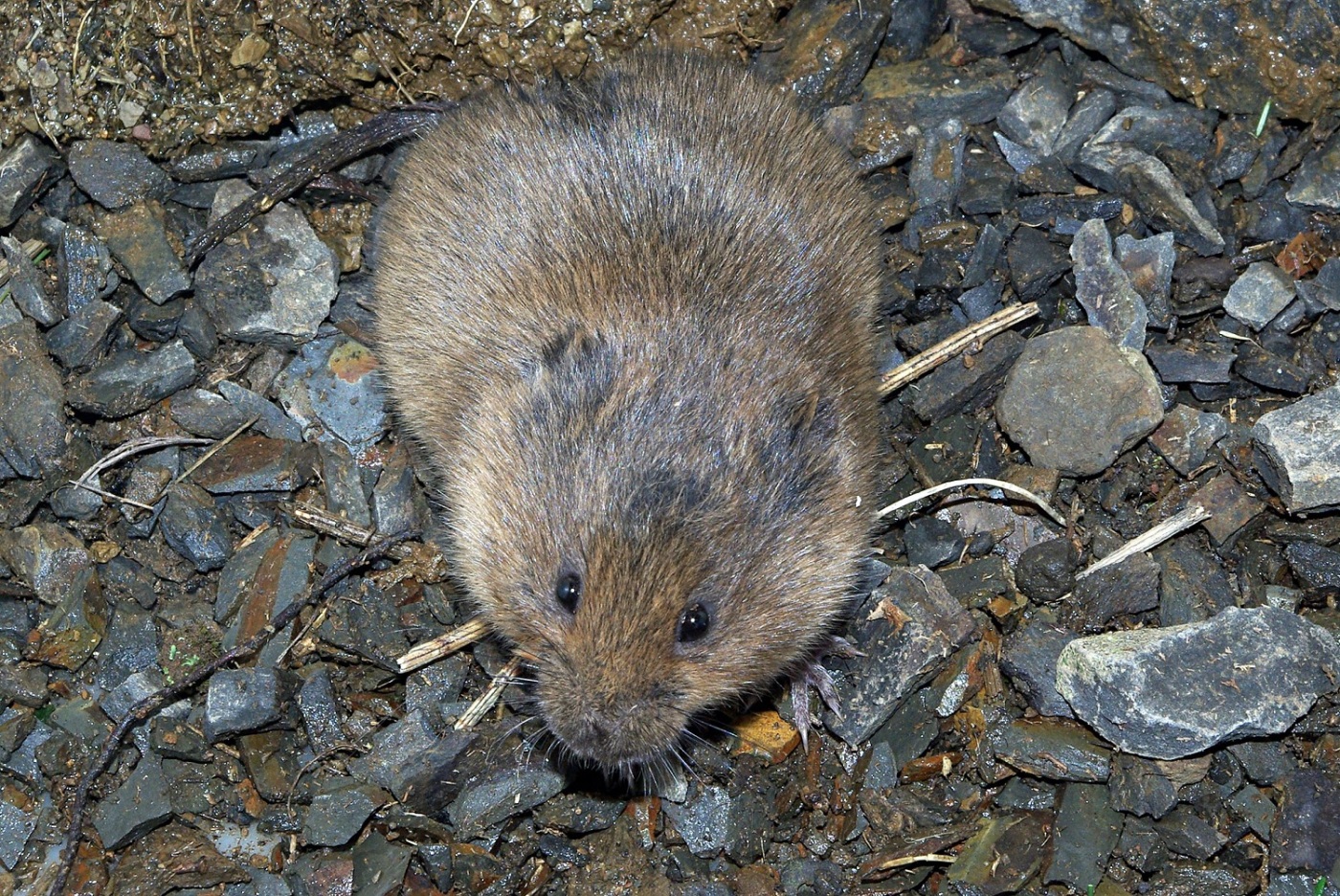 A recent estimate put their countrywide population at 75 million; they are currently thought to be the most common of British mammals.

They are totally absent from a number of British islands including Shetland, the Isle of Man, Isles of Scilly, Lundy and Ireland.

Despite their numbers, it is vital to conserve them because of their importance as a food source for predators: a study has estimated that just under one million field voles are eaten by predators each year, with kestrels, weasels, foxes and owls catching 85% of those.

They have furry ears!

Field voles remains date back to before the end of the last glaciation, 11000 years ago.

Their breeding season begins in March and ends between October and December. Four or five young are normally found in each litter and females will give birth to five or six litters each year.

The female makes a nest from shredded grass, either underground or at the base of grass tussocks.

Locally, field vole populations may fluctuate on a 4-year cycle with numbers increasing as much as tenfold between the lows and highs. Kestrel and barn owls are able to raise more young when field vole numbers are higher.

They do not hibernate, instead they develop a denser, shaggier coat  to cope with the winter temperature