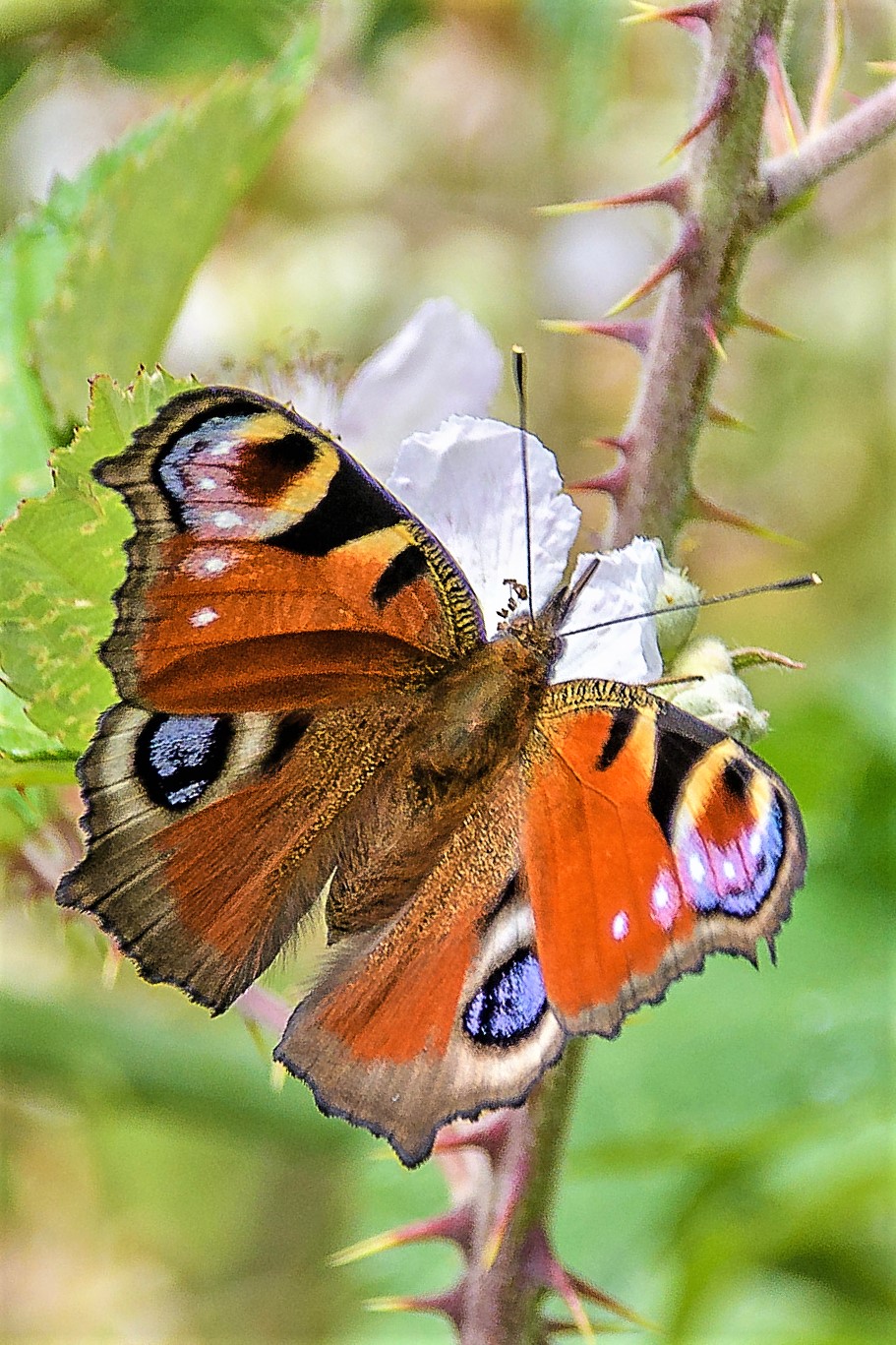 The temperature is dropping and we have already seen the first frosts. The reserve’s invertebrates are preparing for hibernation.

Insect hibernation is known as diapause; there are insects, like the peacock butterfly and queen common wasps, that are able to survive winter in their adult form by entering a dormant state, a state of suspended animation. The metabolism of these hibernating adults slows, their temperature drops and they produce a form of antifreeze.

Freezing water expands; if the water in the cells of an insect freezes, the expansion ruptures the cell walls and kills the insect. The anti-freeze chemicals, cryoprotectants, produced by invertebrates prevent ice forming in the cells by reducing the freezing point of water, just like the anti-freeze you put in your car.

When a cryoprotectant chemical dissolves in water, it forms bonds with the water molecules that prevent them from bonding with other water molecules to form ice. This means that the water in a creature’s cells can be cooled to subzero temperatures without freezing. Research has shown that body fluid freezing points as low -25C are not uncommon in hibernating invertebrates; in other words cryoprotectants allow insects to be supercooled.

As a back-up, some insects can produce special proteins, called ice-binding proteins, as well as cryoprotectants. The ice binding proteins do just what it says on the tin; they bind to ice crystals developing in cells and prevent them from growing large enough to rupture the cell walls. One such compound, anti-freeze glycolipid, has been found in organisms ranging all the way from plants to beetles, and in 2014, scientists identified AFGL in a wood frog.

While you walk your dog through our fields and woods there are extraordinary things happening around you as the inhabitants make their preparations for winter.