There are several families of magpies in the park. This year’s crop are, as yet, short-tailed, loud- mouthed and clumsy, hanging out in gangs and still learning to fly properly. But, despite their dramatic black and white beauty, their reputation is poor.

All members of the crow family rob songbird nests of eggs and nestlings but magpies take the brunt of the blame. This could be because, of all the corvids, it is the magpies that most frequently visit our gardens and our bird tables. When we have watched a favourite pair of robins build a nest and tend their eggs until they hatch, only for a magpie to steal the baby birds when they are just a few pathetic days old, we mark the magpie down as a murderous villain.

All members of the crow family rob song bird nests. 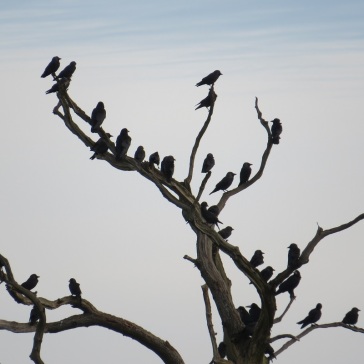 A clamour of rooks 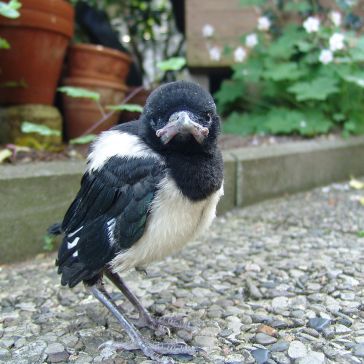 Nationally there is no evidence that increased numbers of magpies have caused the decline in songbird populations. The British Trust for Ornithology concluded that, overall, the population of prey species, such a songbirds, does not depend on the population of a single predator species. The relationship between prey and predator is a constant; if there are more magpies, other predators look for new territories; if we cull the magpies, new predators move into the gap.

Locally, the picture is different. If our marsh tit decides to stay, find a mate and breed next year, its success may well depend on how many magpies there are in the park. If your bird table regularly attracts a dozen magpies, your robin’s nest will be in danger and, if your street is trying to encourage songbirds in the area, you may need to stop feeding artificially large populations of predators like magpies and cats.

Three for a girl, four for a boy….

3 thoughts on “One for sorrow, two for joy…”