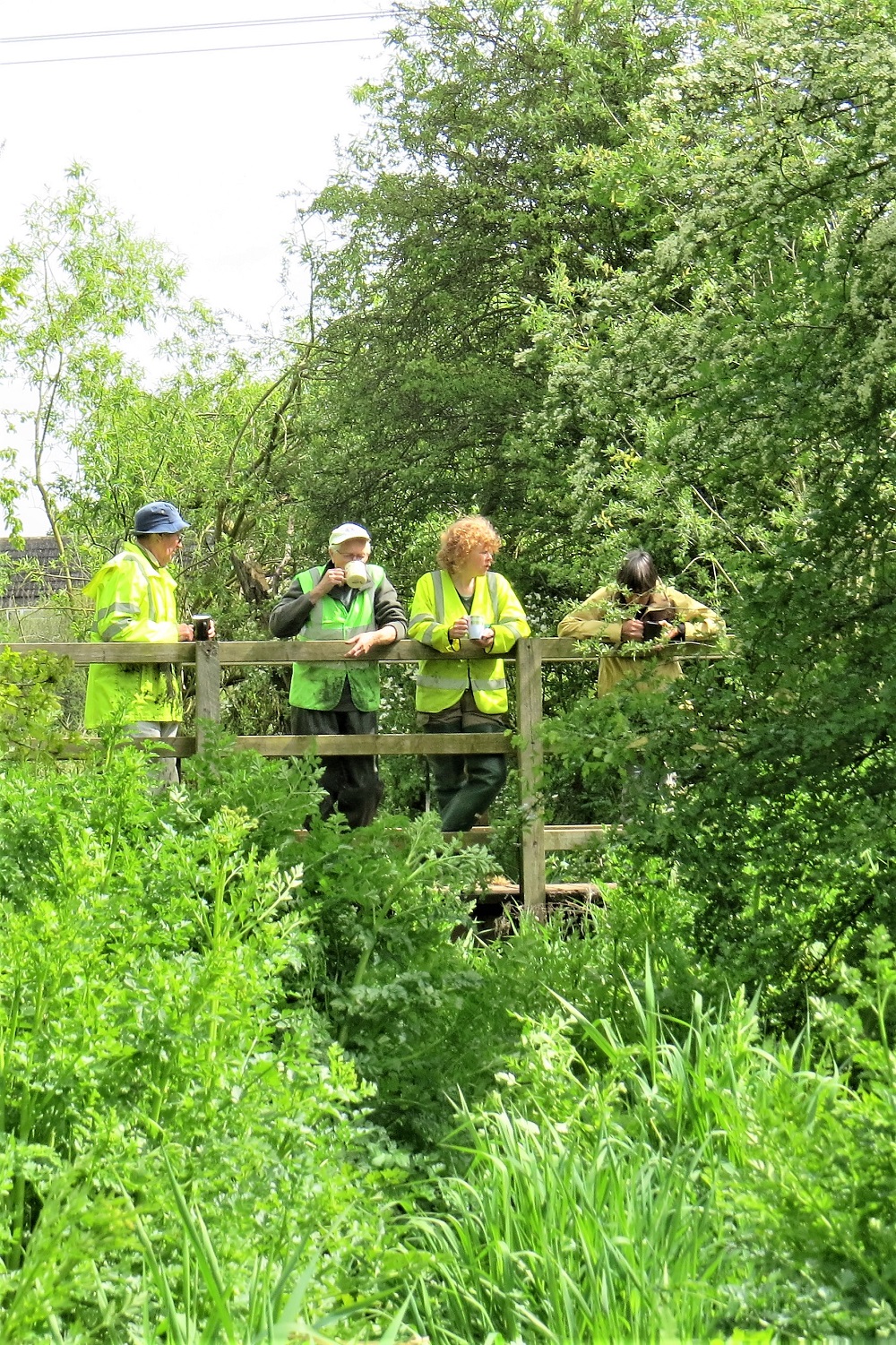 We cleared the stream by the wooden bridge; it had clogged up and we feared the little pond was becoming stagnant and would threaten the wildlife there that needs running water.

The children had thrown logs into the water from the new clearing cut into the woods but this was only a contributing factor; the winter’s floods had washed all kinds of debris down and constructed a couple of good solid dams down below the bridge among the nettles.

There were many water vole holes both upstream and downstream from the bridge and we did our best not to disturb either the voles or their well established runs along the water’s edge underneath the vegetation. We did disturb a frog or two, many tadpoles and a small shoal of sticklebacks.

We found wild hops growing among the yellow irises and a bed of black sedge in the edge of the woods where the ground is really marshy.

There’s something about a bridge, even a little one over a little stream, and at coffee time people leaned against the hand rails and gazed into the water which, now that the stream had been unblocked, was rapidly clearing. Whirligig beetles, water boatmen and common pond skaters moved in right away.

As we planned the next task, a storm arrived with a tremendous crack of thunder and we had to abandon ship By the time we had gathered the tools and the coffee cups into the back of the van, we were being pelted with hailstones while the thunder rattled the trees every few seconds and the paths turned into muddy rivers. A very sudden and dramatic ending to our morning’s work.