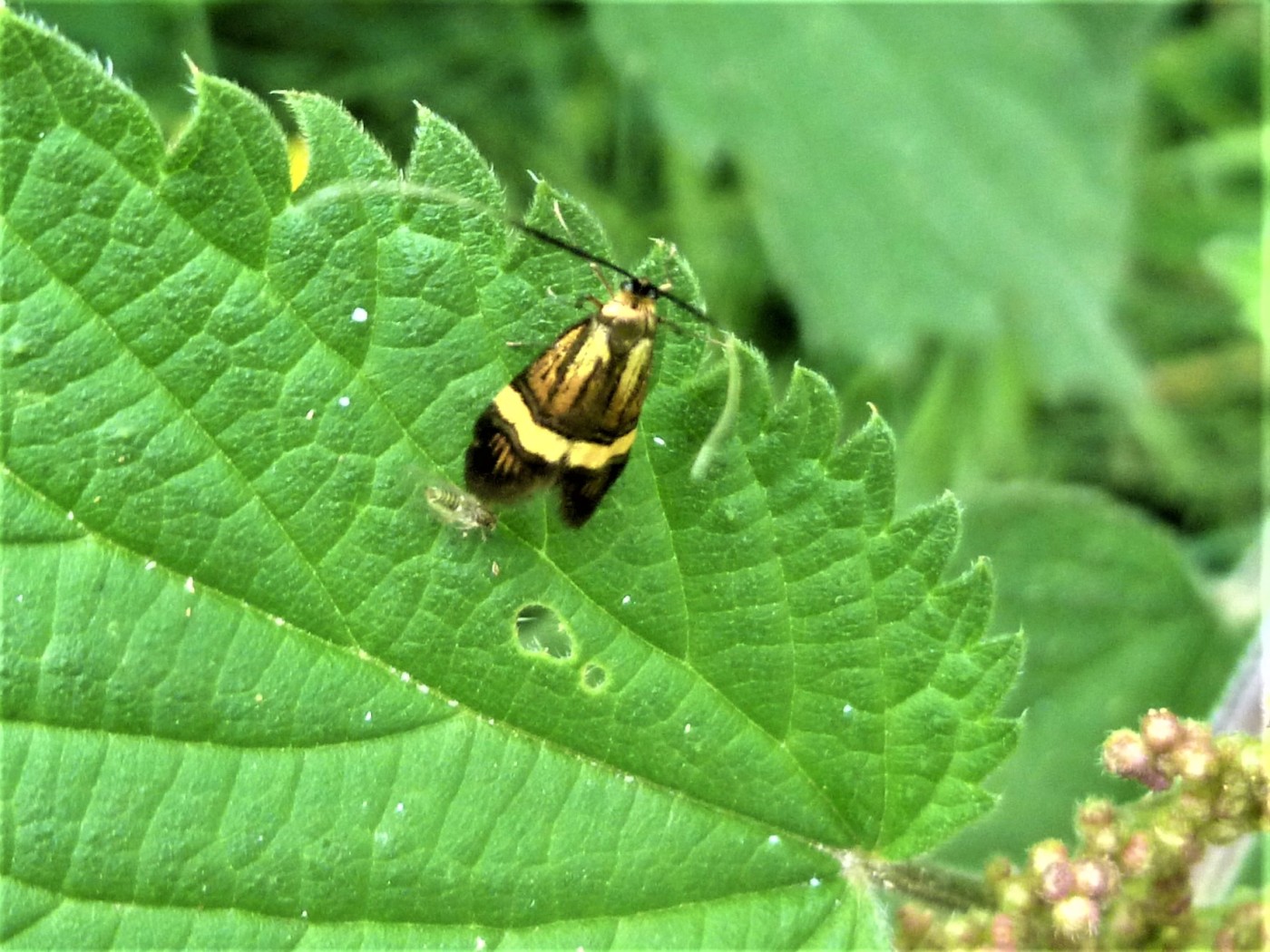 A yellow-barred longhorn moth (Nemophora degeerella) found and photographed in the nettles near the park’s main entrance by Ian Bushell. It is a new addition to our species lists.

Some common names are just so descriptive. The female yellow-barred longhorn moth has a yellow bar across her bronze coloured wings and antennae approximately twice as long as her body. The male’s antennae are four times as long as his body, the longest antennae of any British moth. We think that Ian’s picture is of a female.

These moths are diurnal: they fly in the daytime. The flight period ranges from May to July. They like the edge of mixed woodland and in warm weather in June, the males dance like mayfly, climbing a few feet and then dropping back down.

Nobody seems to know what plant the moth lays its eggs on or what the early stage larvae feed on but at a later stage they drop to the ground and feed on leaf litter, preferably birch leaf litter. The adults are nectar feeders and have been seen feeding on ox-eye daisies and nettles.