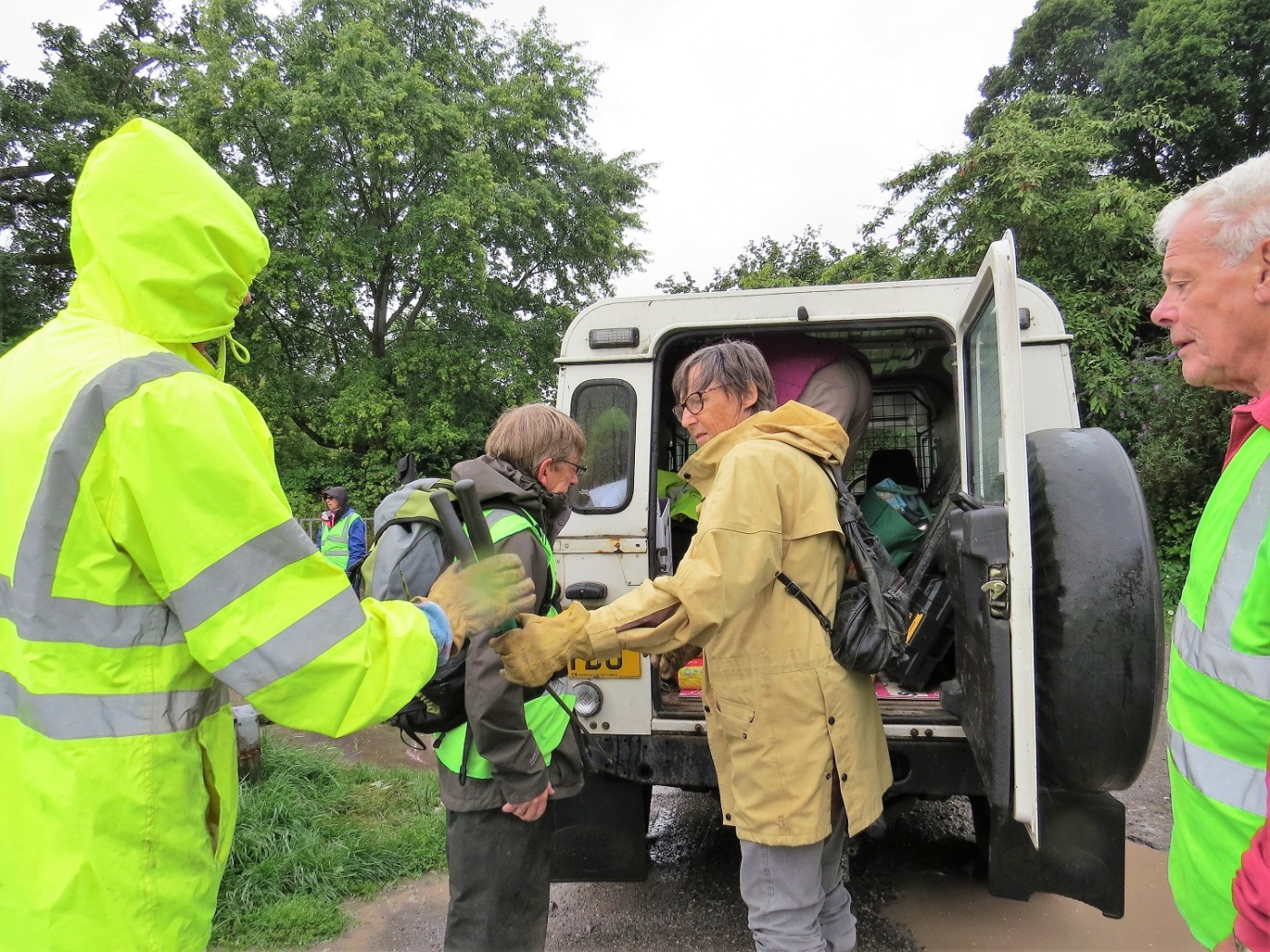 The tools for Wednesday’s work party were handed out in the rain and FoSCP, wellied and waterproofed, splashed off to their morning’s tasks in company with Countryside Officer Alison Rasey and Tree Officer Richard Murphy .

Second: clearing the last section of the footpath through the woods at the far end of Village Green. The rain, by this time, was torrential but FoSCP, varifocals fogged, worked on and hacked their way through the drenched blackthorn and brambles and out into the open.

Third: replacing the stolen panel in the decorated bridge with the one that was pulled out by vandals last year and thrown into the stream. This proved a lot more difficult and frustrating than had been anticipated because the replacement panel was not exactly the same size as the gap FoSCP was trying to fit it into. The stolen panel, which would have fitted exactly of course, has still not been recovered and if you know where it is, please let somebody know.

The rain stopped briefly while everybody had coffee but began again as soon as they returned to work; at least the biscuits had been dry.

The fourth task: Clive and Ian wriggled, head first and bottoms up, into the Dog Pond hedge to mend some holes. The vegetation between the hedge and the pond is valuable wetland habitat for orchids, sedges, dragonflies, newts, all kinds of aquatic insects and FoSCP does its best to protect it .

Drenched to their skins, FoSCP handed in their tools at midday, wrung the water out of their hats and socks and wandered off home through the rain. Their next work party is on Tuesday, 27th August; join them for healthful and happy fun in the great outdoors.

3 thoughts on “Working in the rain”

AUG 10th and SEPT 14th the RSPB will be visiting the park.