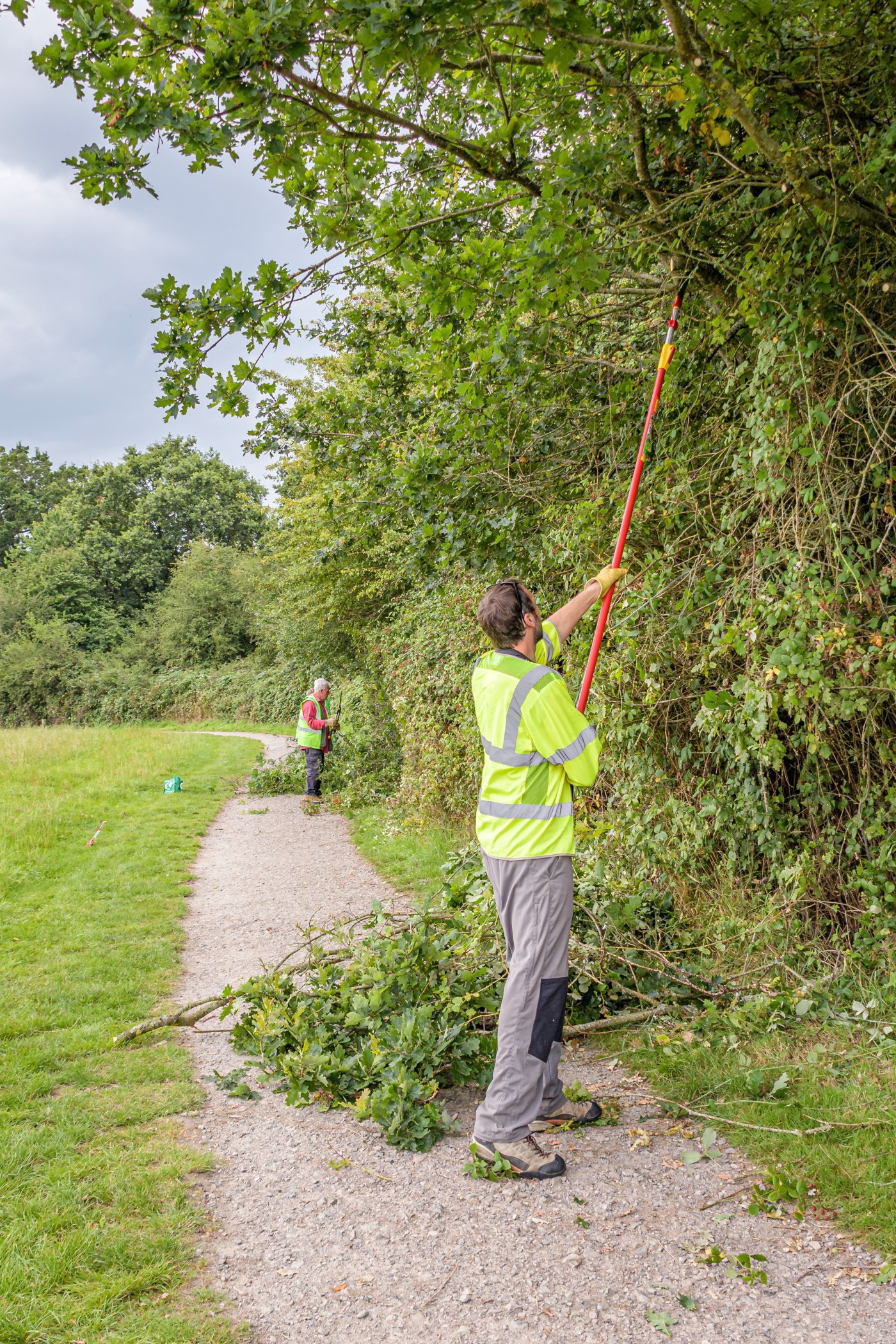 A warm and dry morning this Tuesday, 27th Aug, greeted the FoSCP for our meet up in the car park, along with Richard from the Countryside Team; a nice change from our previous two work days which were very wet. With the holiday season still in full swing we did not have our normal complement of friends so the number of tasks to complete had to be reduced.

1: Litter: Our champion litter queen (Pat) carried out her usual duties walking the park and car park, clearing away the usual litter/cans and detritus left by visitors.

2: The marker posts leading to the Hope Centre were checked by Allan and Sarah and those damaged or loose were replaced or re-secured. Is that the the third time this year?

3: The overhanging branches along the path from the main gate to the small bridge (Lambrok Meadow) were trimmed or cut, not removed completely but to allow more height. This will prevent the park users and the park runners having to dodge when the branches become wet and sag over the path. The path edges and borders were also cleared or cut back of Blackthorn and usual creeping brambles.

At coffee time, it was noted that since Frank (McVitie Hobnob) has returned from his holiday, the biscuit budget has increased considerably.

A few spots of rain did begin to fall towards the end of the morning but thankfully the work we wanted to achieve was completed. Well done all.

Footnote: Later that afternoon Clive (FoSCP) was out walking his dog and informed us that the contractors had since been out and had mown both sides of the path and as we had cleared right up to the border of brambles etc. They were able to cut closer than before, timing could not have been better. Here are his photographs.

Our next work party will be on Sept 11th anyone wishing to join us for an enjoyable morning are most welcomed. Meet in the car park at 09:30.

Things to look out for in February