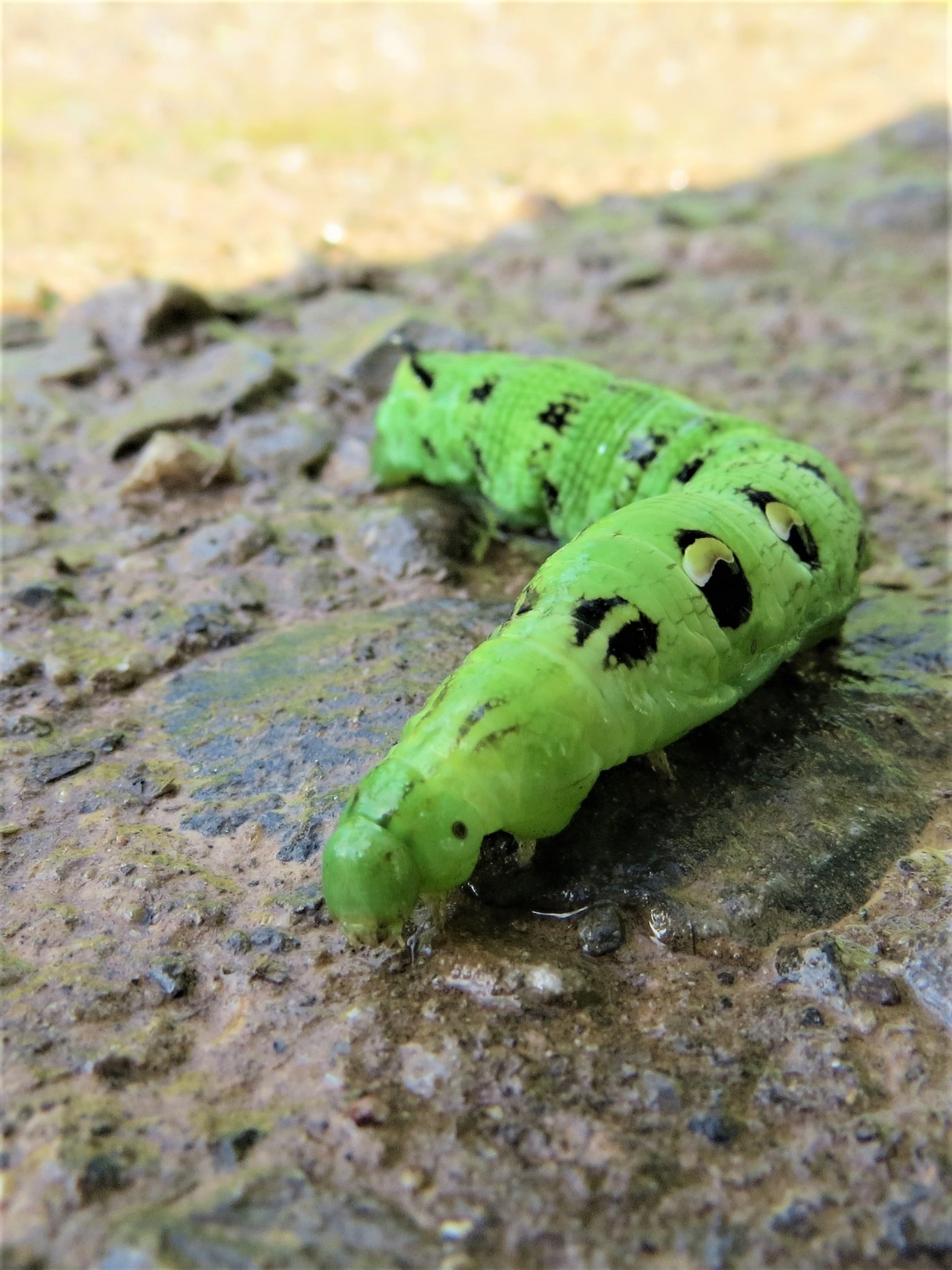 Elephant hawk-moth   –  Deilephila elpenor  –  one of the eighteen species of hawk-moths found in Britain,  all of whose caterpillars have a  characteristic horn at their tail.

Elephant hawk moth caterpillars have four large eye spots near the head and when disturbed they contract their head back into their body which makes the eyes spots appear very large – a defence mechanism.  When feeding, the head extends, appearing trunk like and thus their name.

They feed on willow-herb, bedstraw, fuchsia and during the day are usually down low on the plant, but at night move to the top of the plant to feed.  When ready to pupate they wander – exactly what this one was doing when it was photographed on the main path near the parkrun start – and they pupate on the surface of the ground under moss or rubbish.

Photographs of caterpillar by Suzanne Humphries

One thought on “Elephant hawk moth”

It's October: time to showcase some of the reserve's fungi.