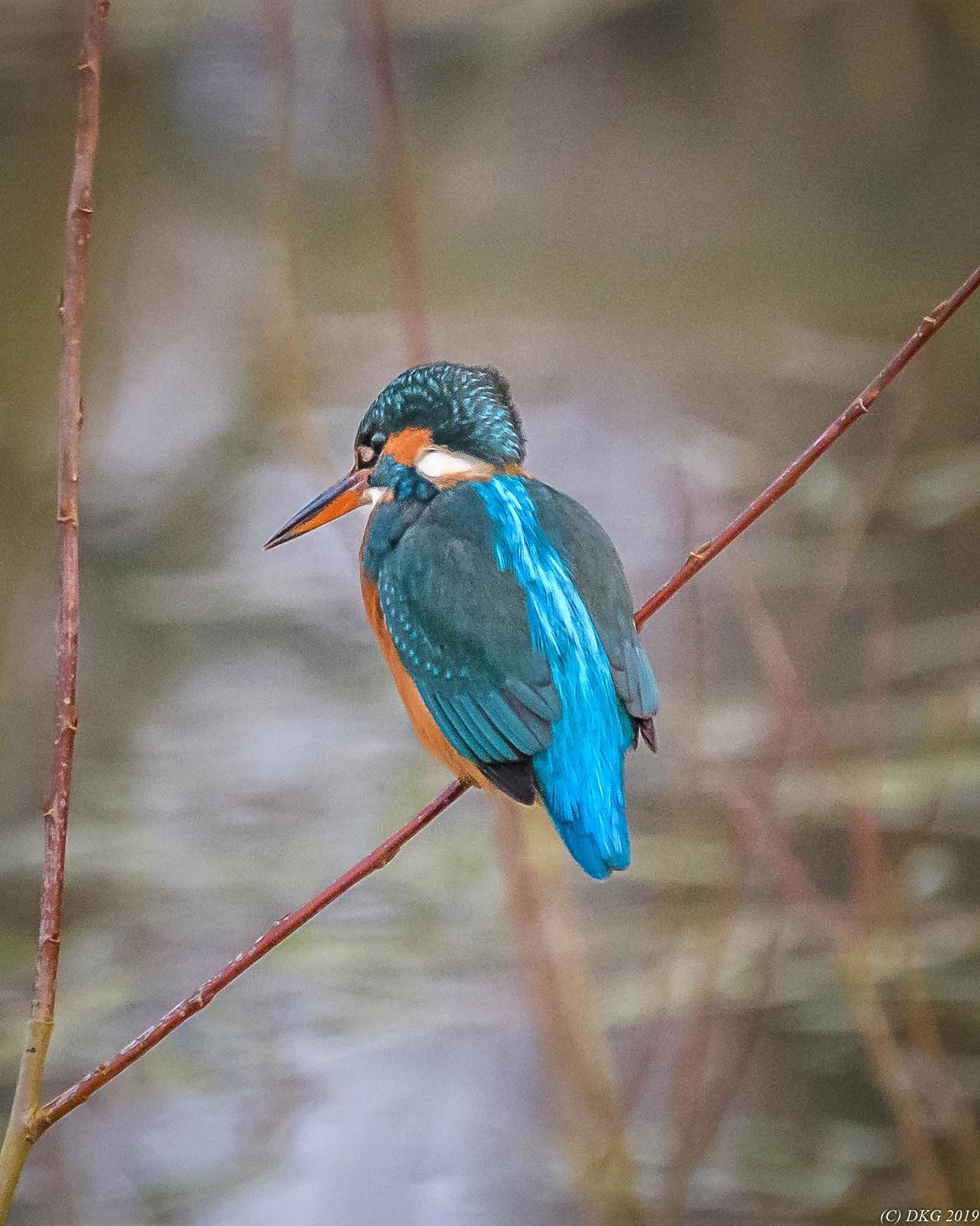 Keep an eye out for the kingfisher that Jay Pickard saw and photographed two weeks ago.

In weather as wet as this, when the Avon and the Biss are flooded, the water is not only deep and fast-moving but it’s filled with silt. Kingfishers can’t see their prey in the murky water and the turbulence can be too dangerous to dive through. No longer able to rely on their usual fishing spots, they leave their territories looking for quieter water, ponds and canals, where there is a chance that the silt will settle and they will be able to see the fish.

Last winter, during the heavy rain in January, DKG photographed a kingfisher in almost exactly the same place. It might even have been the same bird using the park as winter fishing grounds when the Biss is in flood.

Go carefully today; the Lambrok will be flooded and some of our paths will be under water.