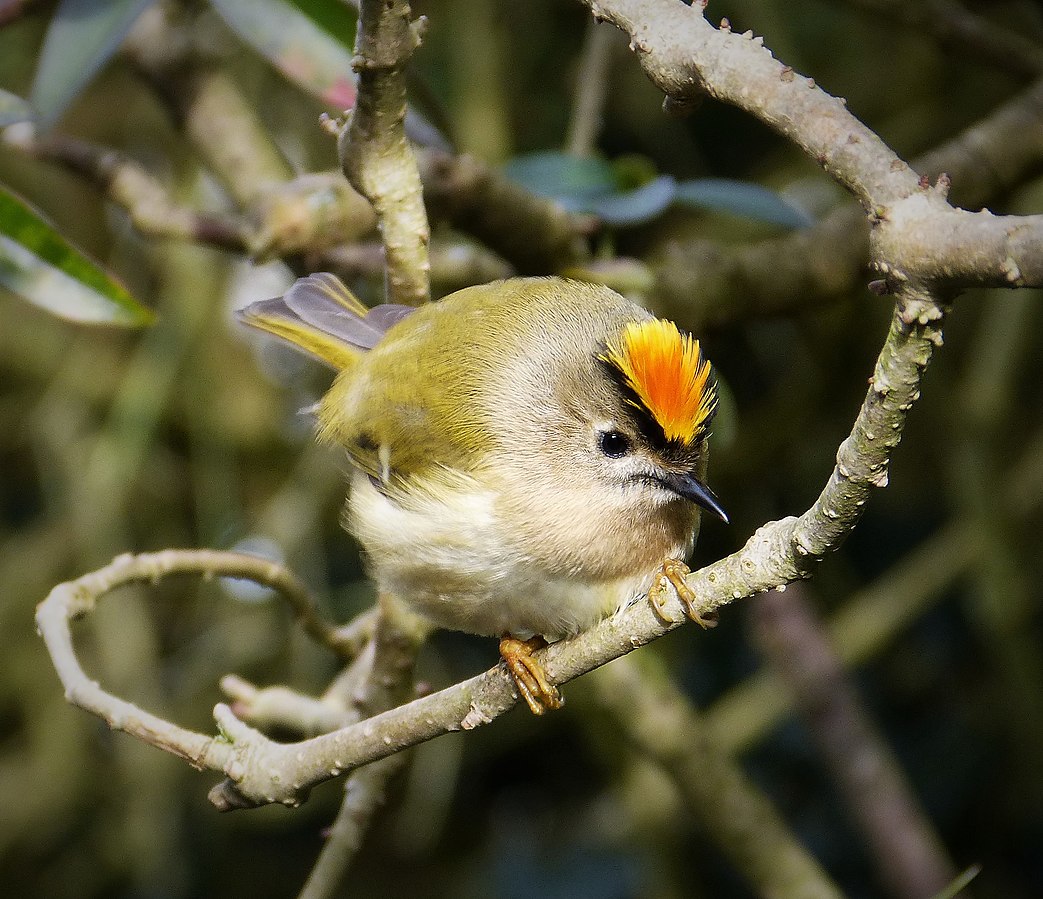 Last week there was a report of a pair of goldcrests in the conifers by the path at the top of Simpson’s Field. Goldcrests are Britain’s smallest bird; a tiny flash of yellow against the dark green of a pine tree.

Despite their tiny size, goldcrests are highly migratory, with a large influx of birds from Scandinavia arriving on the east coast of Britain every autumn. Immigrants arrive from late August through to early November, and leave the following March and April.

It is thought, though, that the goldcrests that nest in Britain are sedentary, seldom moving far from where they are hatched. Let’s hope the pair we saw last week were the sedentary type, looking for a nest site.

Their nest will be a spherical cup made of lichens, cobwebs, moss and hair, usually suspended in twigs near the end of a conifer branch high in the tree.

If they stay and rear two broods that will be 20 more goldcrests in the park!