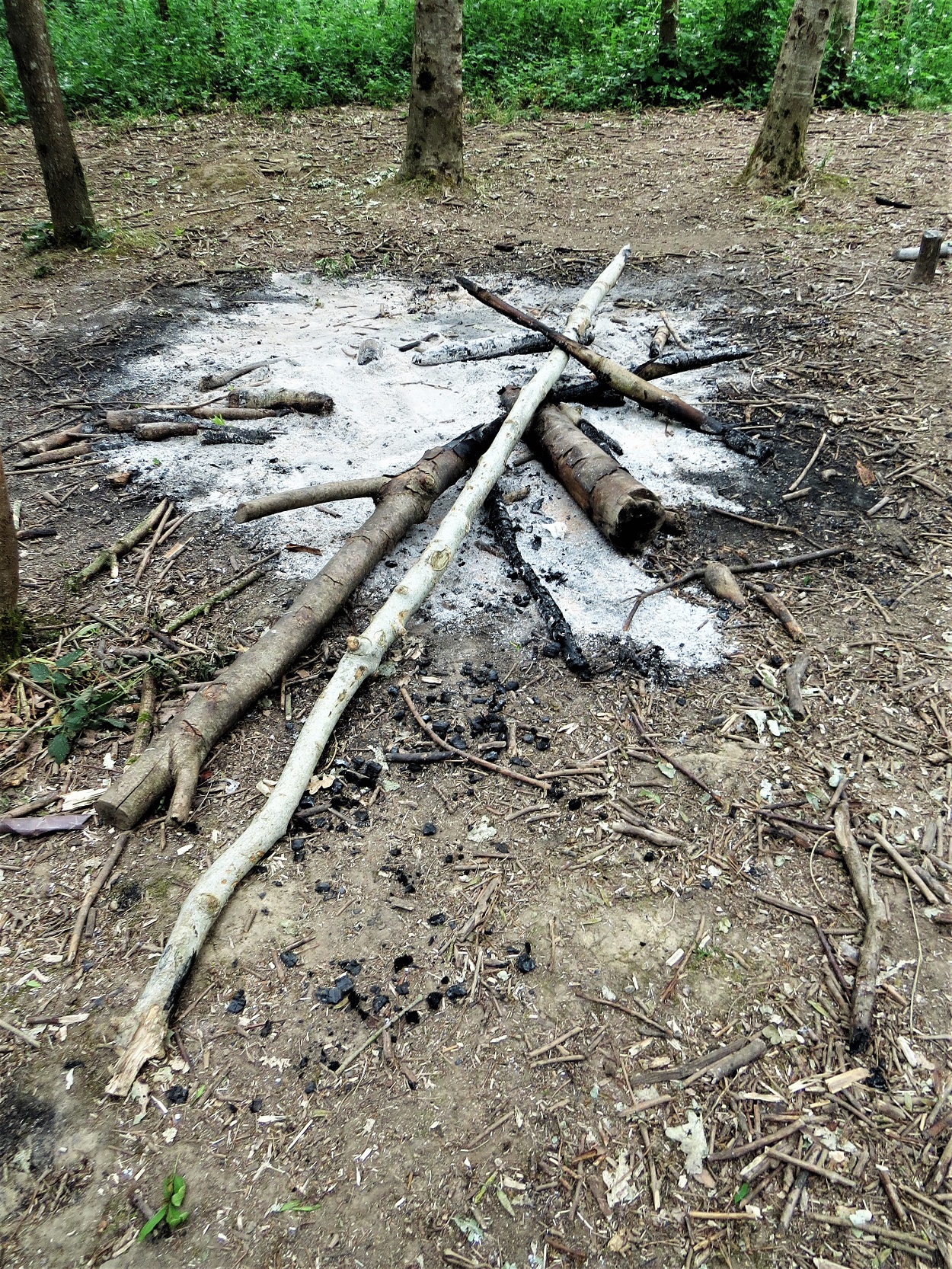 Who burned all the ash poles in the wood at the top of Village Green?

Some years ago, the ash plantation in the far western corner of Village Green was thinned out. The felled saplings were long and straight; we trimmed them, piled them up tidily and decided that they should be left in the copse as habitat for the sort of creatures that colonise dead wood.

The local children had other ideas though, and the ash poles quickly became a gigantic Meccano set, out of which successive gangs of youngsters, armed with bits of string and lots of ingenuity, built shelters, forts and castles. We admired their efforts, regularly swept the area for litter, and strengthened the hedges in that corner to keep everybody’s games safely inside our boundaries.

[1] A shelter of birch poles built in Lower Wood Nature Reserve in Norfolk; [2] the place where the ash poles were burned; [3] these are the trees that supported that last shelter we saw here; [4] signed off!

At some point during this last weekend’s celebrations of the easing of lockdown, somebody burned all the ash poles; every last one!

This was just mean spirited. The perpetrators were old enough to acquire and drink the many cans of cider and beer that were left around the ashes of their bonfire, yet still young enough to think it a really neat idea to carve their initials into a tree; too old now for building shelters but not old enough to understand that there would be other children coming along behind, who would need the wherewithal to build their own shelters.

The park serves many purposes for many people: young and old, runners and dawdlers, constructors and de-constructors. People who remember playing here as children bring their own children here to play. Please, let’s share the park’s resources and amenities and look after them a little better than we sometimes do. Go carefully; stay safe.

AND. . . our grateful thanks

to the mysterious benefactor who cleared up and carried away the litter of cans and crisp packets before FoSCP got back with their litter pickers, bin bags, and hand gel.

4 thoughts on “Who burned the ash poles?”