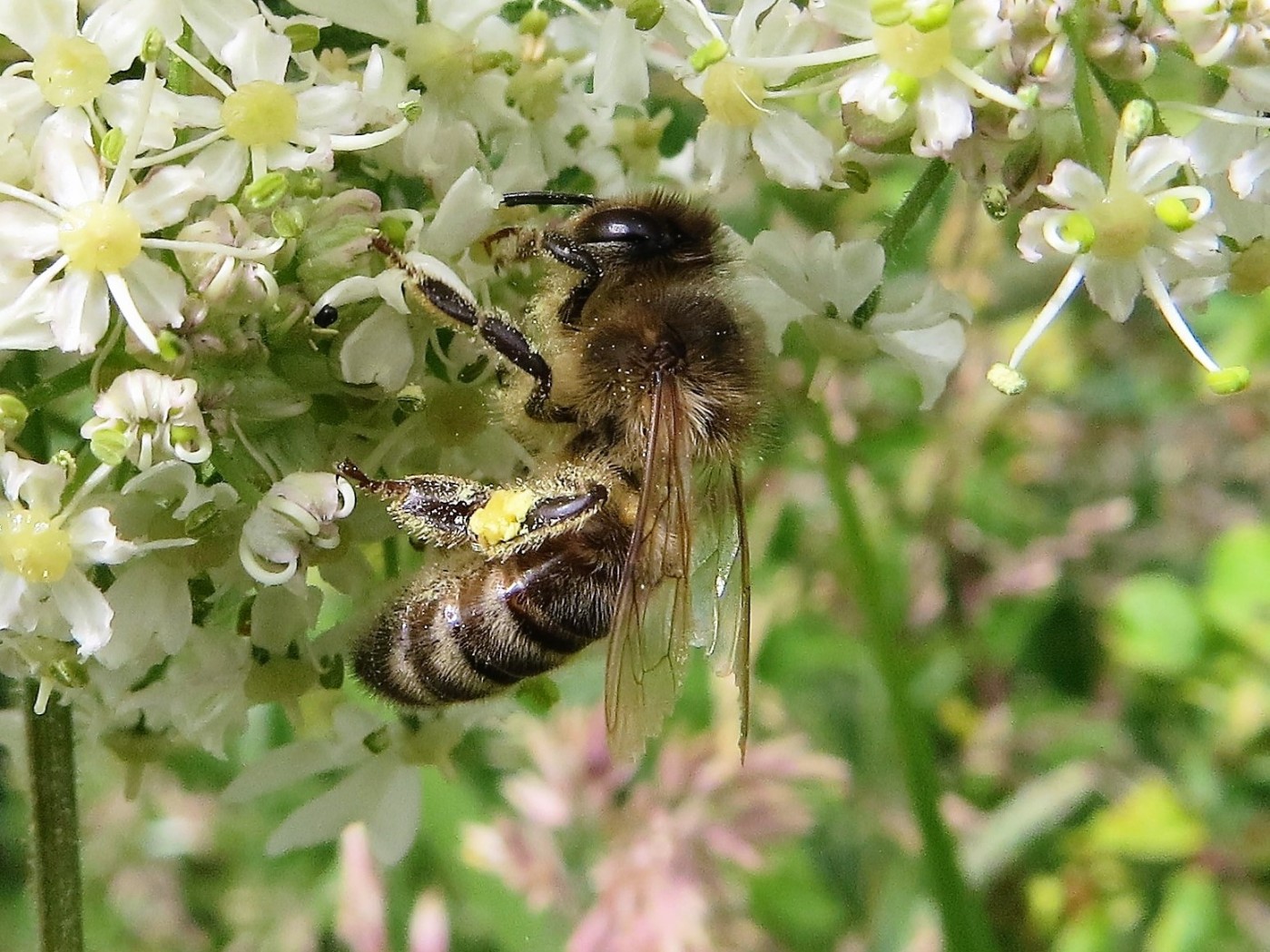 A honey bee foraging for nectar and pollen among the flowers of hogweed.

As it moves through the hogweed florets, pollen grains collect on hairs on the bee’s head and body, and are held there by the electrostatic charge at each hair’s end. In order to release the pollen from the charged hairs, the bee moistens its front legs with its tongue and uses them to collect the pollen from its head and brush it toward its hind legs. There are pollen-combs on the hind legs for combing pollen grains out of the thoracic and abdominal hairs.

The bee presses all the pollen into grooves, called corbicula or pollen baskets, on its hind legs. The colour of the compressed pollen in the pollen baskets depends on the species of flower from which it has been collected. In these pictures, the pollen is the same bright yellow as the pollen on the hogweed’s stamens.

Because we use the honey, we are inclined to think that collecting nectar is the important part of a hive’s daily business but pollen is a beehive’s main source of protein. Each bee is capable of carrying half its body weight in pollen and taking it back to the hive, where it is mixed with saliva or honey and stored as essential pollen-cake to feed growing larvae and assure the hive’s future.

Photographs taken in the park by Suzanne Humphries