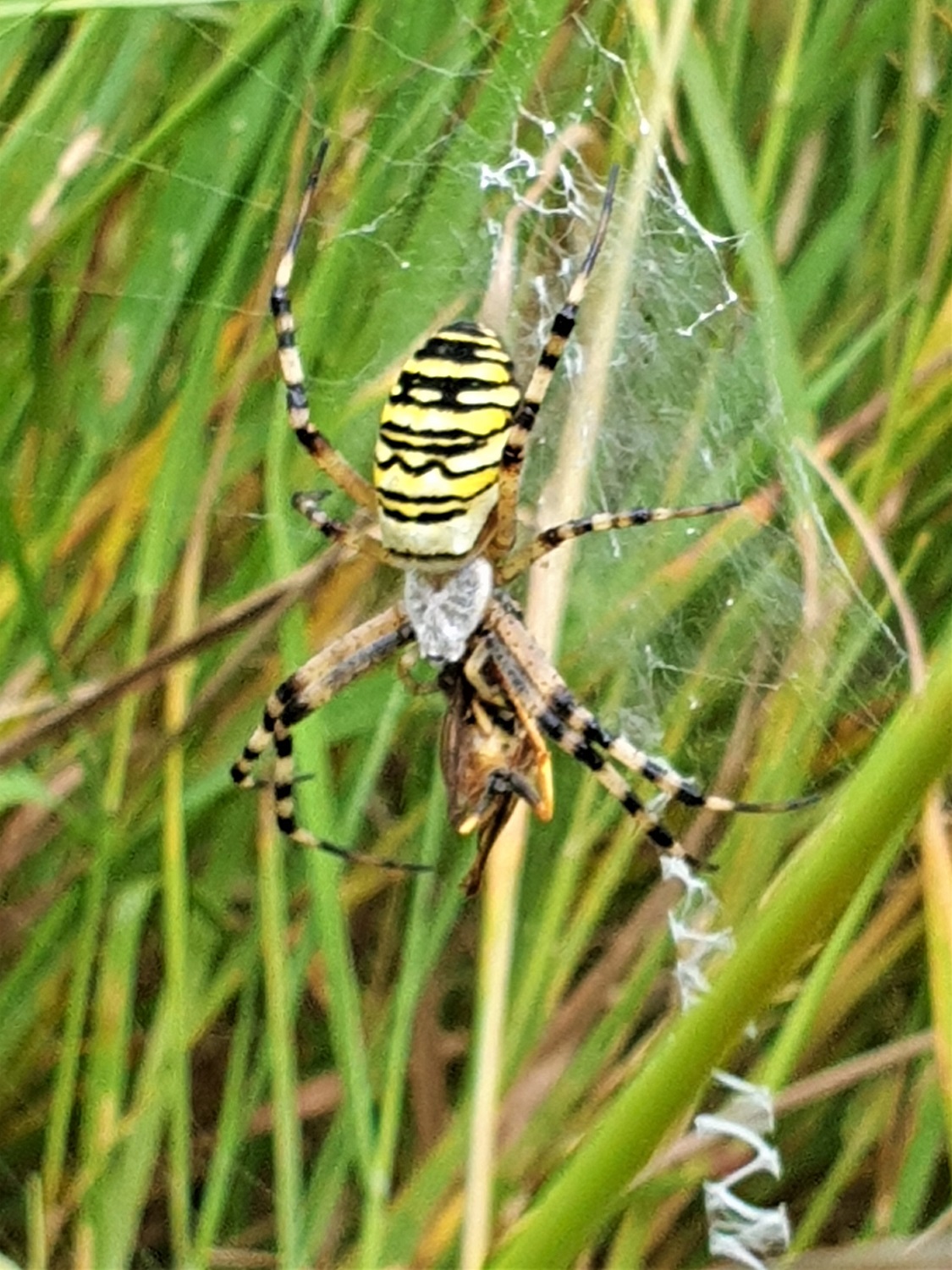 Jason Pickard photographed this specimen on Wednesday in The Race, in the south facing hedge among the tall grass there. Perhaps we have the makings of a colony.

His photograph shows the spider with her prey (hard to tell what it is) tightly wrapped up in silk thread. At the bottom of the picture is a prominent zigzag shape in the web; this is called the stabilimentum. While its purpose is not really understood yet, the stabilimentum is believed to reflect UV light in a manner that attracts certain species of insects. Research done specifically on the webs of wasp spiders found that webs with stabilimenta trapped more prey items that are known to be attracted to UV light than webs without stabilimenta.

Here’s one we made earlier.

One thought on “and there’s more….”