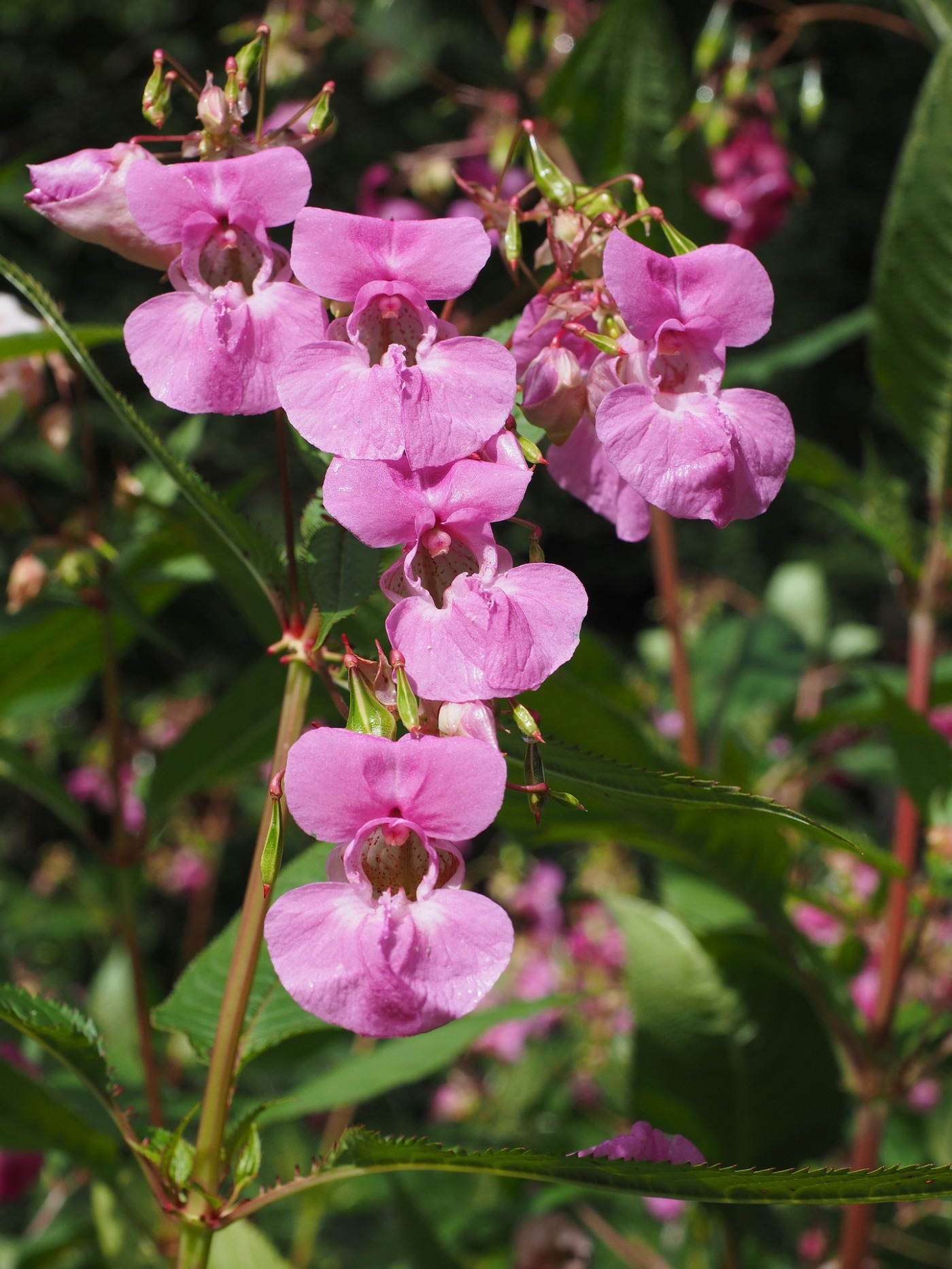 We keep constant watch in the park for the invasive alien, Impatiens glandulifera, or Himalayan balsam. It might be very beautiful to look at but it is an environmental horror story

It was imported from Kashmir in 1839, another damaging exotica for the gardens of the 19th century’s wealthy and fashionable. It soon escaped into the wild and spread rapidly along Britain’s waterways.

A colony of Himalayan Balsam near the River Frome
The flowers produce enormous quantities of nectar to attract pollinators.

This has become a major problem. Himalayan balsam colonises an area very quickly; it produces more nectar than native plants and attracts more pollinators; its seeds are very numerous, contained in explosive capsules that throw their contents into the water to be carried away downstream. Native riparian vegetation can be totally smothered in just two or three years.

In addition, Himalayan balsam is an annual plant. It dies right down in winter and its fragile roots rot away, leaving river and stream banks bare, friable and very vulnerable to erosion. In our changing climate, with its long periods of heavy rain, this is proving disastrous in some areas.

There is some Himalayan balsam downstream of us but the park is free of it. You can help us keep it that way by pulling the plants up now, when they are easily identifiable because they are in flower, but before they make any seed. If we let the plants make seed, any attempt to uproot them will result in all the seed pods exploding at the slightest touch and spreading the next generation far and wide.

Let’s look after our Lambrok!

The invasion of the Spanish squill.