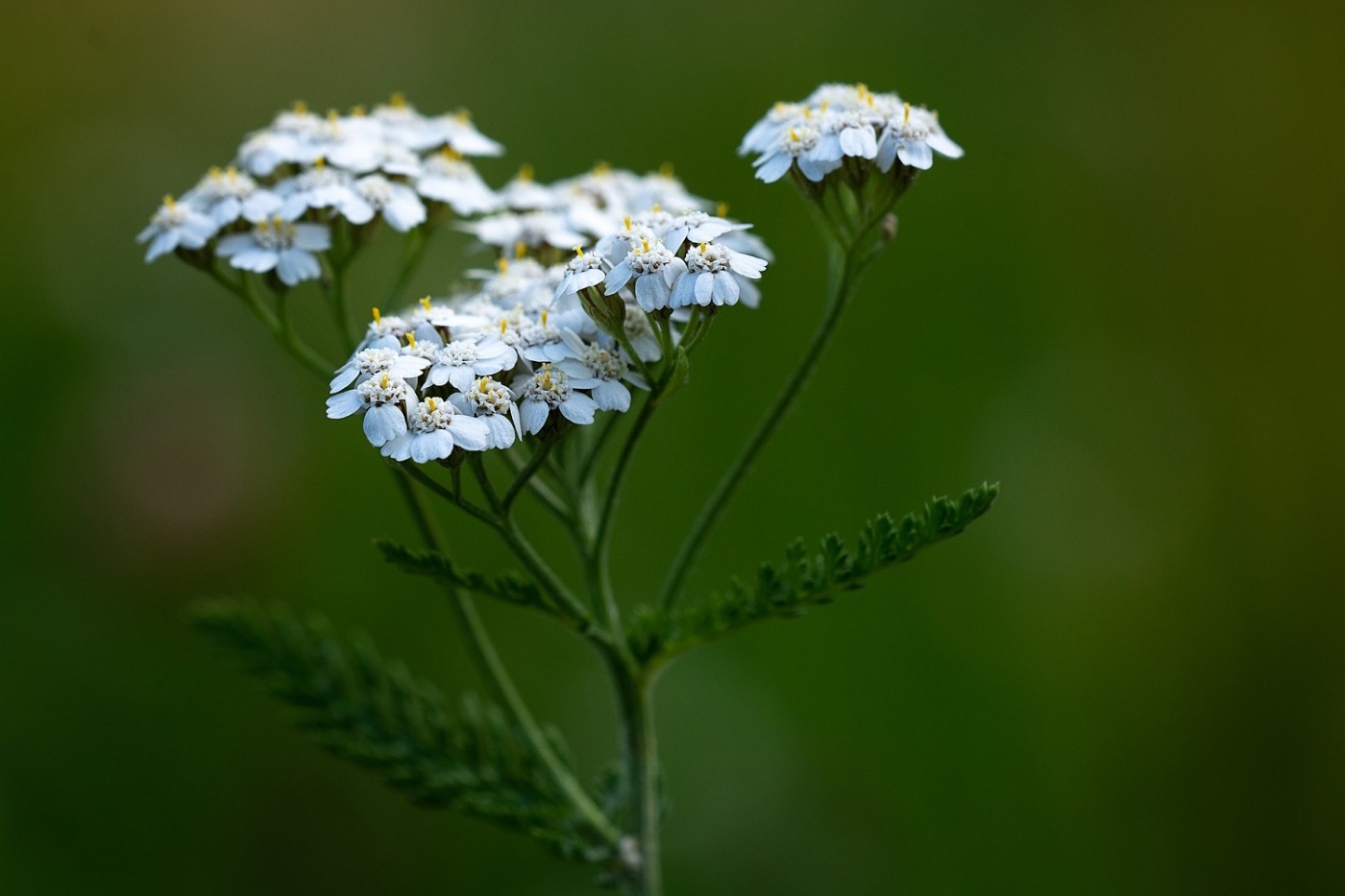 Yarrow, Achillea millefolium, a late-flowering perennial, photographed by Ian Bushell, in the little triangular field between Simpson’s Field and Fiveways.

The plant is named for the Greek hero Achilles who is supposed to have used it to treat wounds on the battlefield. Many of its common names, soldier’s woundwort, staunchwort, sanguinary, nosebleed plant, reflect its use in traditional medicine as a vasoconstrictor, to stop bleeding.

Its feathery, aromatic leaves appear in the spring, well before the plant begins to flower, and some cavity-nesting birds, including the common starling, use them as a nest-building material. Nests that contain yarrow leaves have been shown to house measurably fewer parasites and recent research has shown that yarrow has antimicrobial properties that might protect nestlings from infection.

The complex relationships between the different species that live in the park are astonishing.