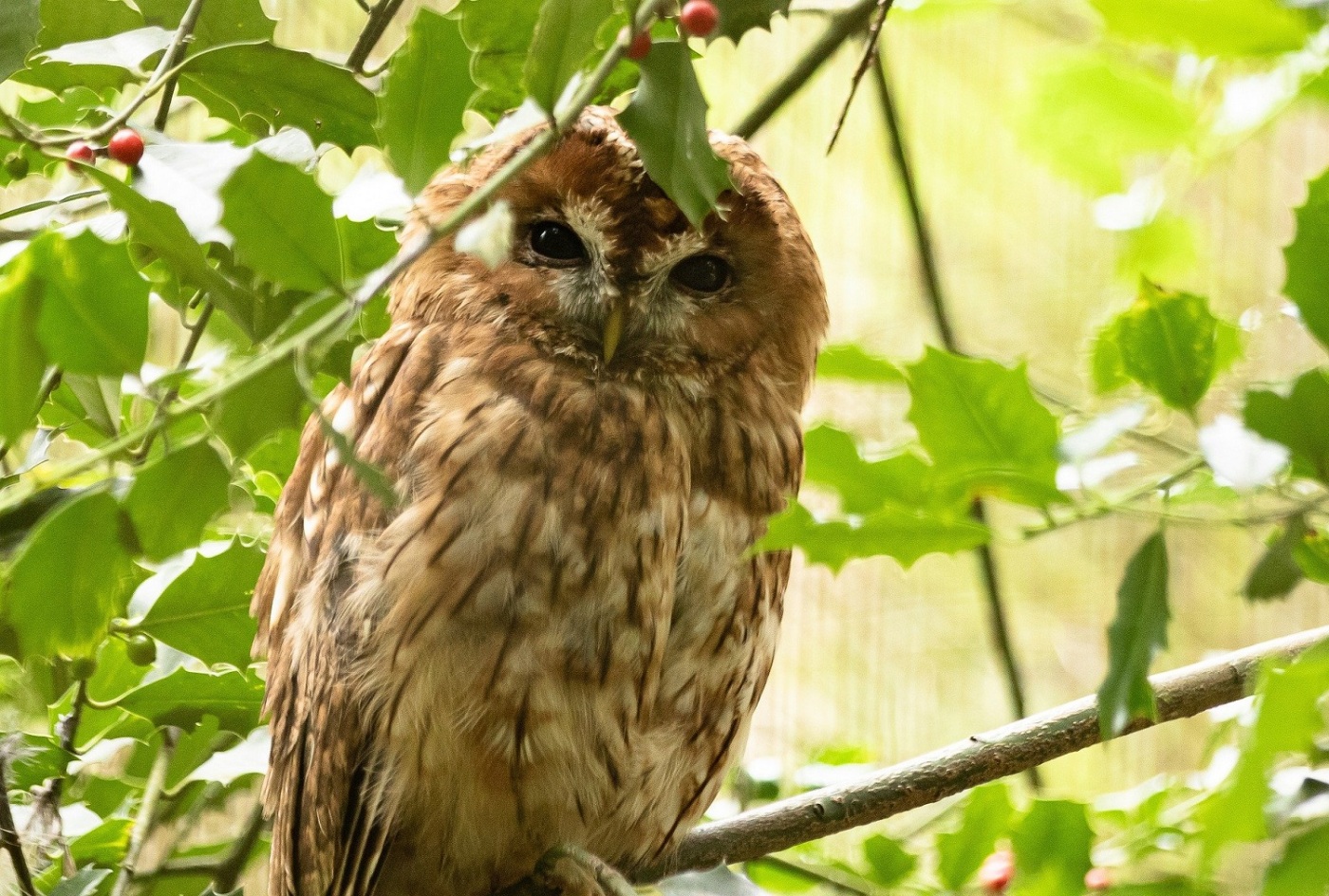 This week, there have been reports of tawny owls in the park.

The tawny owl (Strix aluco), sometimes called the brown owl, is a resident of broadleaved and mixed woodland. It is a highly territorial species: an established pair will remain in their breeding territory throughout the year, defending it vigorously and driving away their offspring in the early autumn. Let’s hope the owl that was heard calling last week is half of a breeding pair that will rear chicks in the park next spring. It is some years since we had owlets in the park.

[1] Tawny owl chicks in the park, photographed by DKG; [2] a hunting perch.

Tawny owls will hunt the park’s small mammals, field voles and wood mice, usually by dropping from a perch onto their prey, which they typically swallow whole. People believe owls have exceptional night vision, but the tawny owl’s retina is no more sensitive to light than a human’s, instead it has asymmetrically placed ears that give it excellent directional hearing. From its perch, it is listening for the rustle of a mouse in the grass.