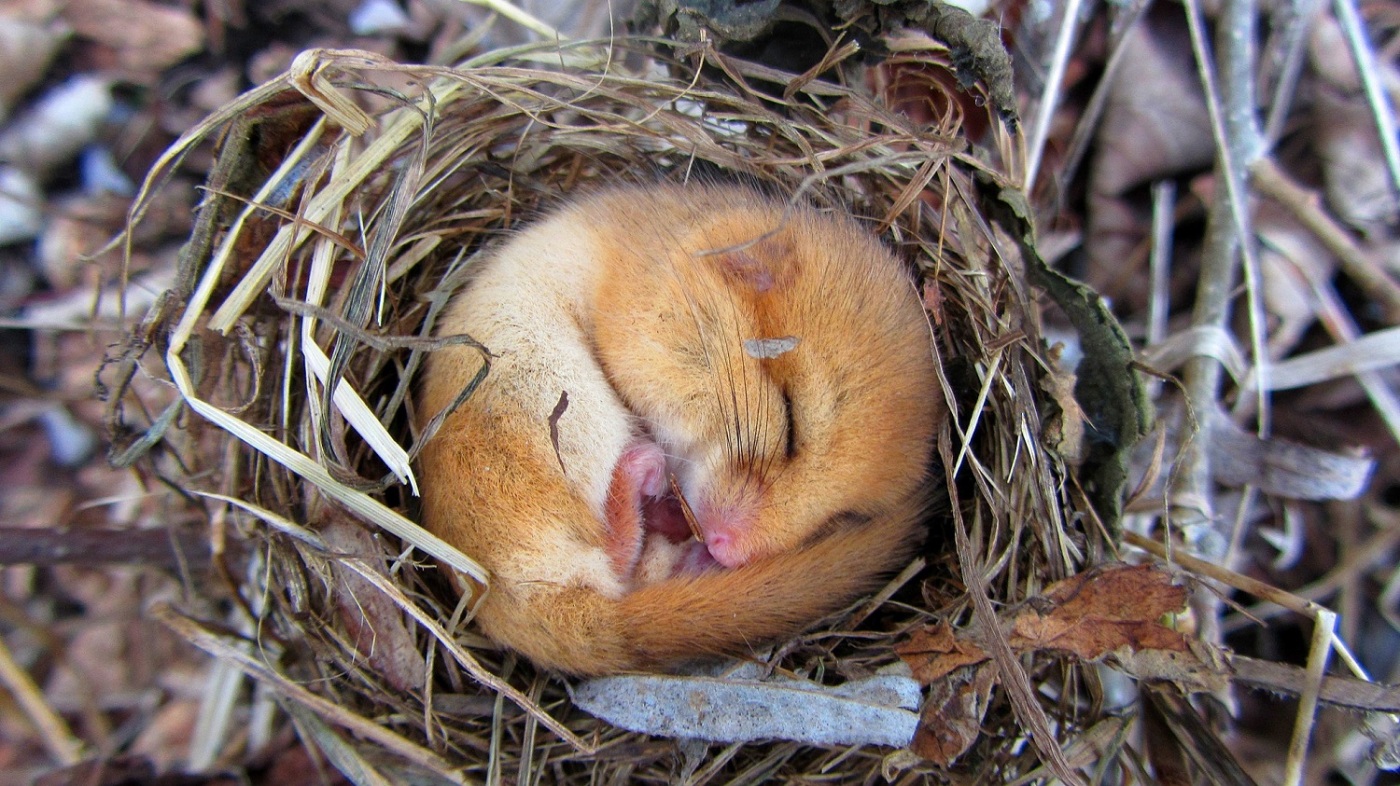 Over the years, we have seen just the faintest of signs that there are dormice somewhere in the park. We have worked to make the hazel copses in Cornfield and Simpson’s Field good dormouse habitat and every year we hope to add them to our species list. At this time of year they will be deep in hibernation.

The hazel dormouse (Muscardinus avellanarius) hibernates for at least six months of the year. Some years it will sleep even longer: the longest recorded being from October until May.

Commonly, dormice hibernate on or just under the ground, rolled tightly into a ball in a nest of leaves and grass. Their body temperature and heart rate are lowered and they become torpid and cold to the touch. They shut down their metabolism in order to survive the winter’s cold weather but they can do this even in a cold spring or summer if necessary; some years, a dormouse might sleep for nine of the twelve months.

Even its name reflects the length of its hibernation; the dictionary says it is derived from dormeuse, the French word for sleeper. These long periods of sleep and inactivity probably contribute to its unusually long life span for such a small mammal: it can live for more than five years.

A dormouse will lose 50% of its bodyweight during hibernation. It spends the last weeks of the summer eating enough to double its weight: berries, nuts, aphids and small invertebrates, and the protein-rich pollen and sugary nectar of late flowering plants. It will cache food near the hibernation nest and wake sometimes during warmer weather to boost its resources and increase its chances of surviving the winter.

Here is a very short video from the Dorset Wildlife Trust of a sleeping dormouse: