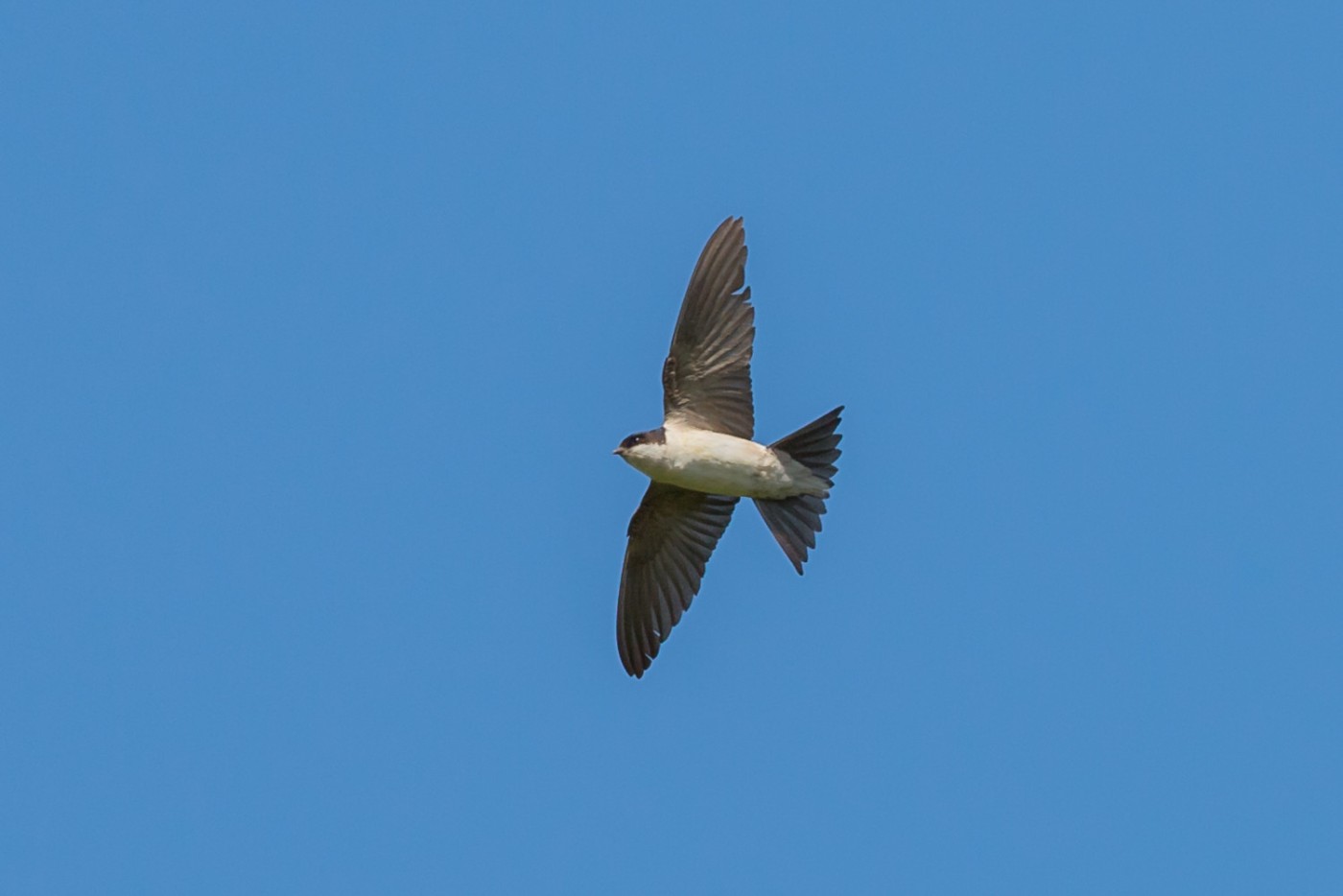 The house martins are back

House martins (Delichon urbicum) over-winter in sub-Saharan Africa and tropical Asia. They are insectivores, catching and eating insects in flight, and in our winter they migrate to climates where flying insects are more plentiful than they are here.

They return in April and build small colonies of closed-cup nests of mud, under ledges and bridges but most commonly under the eaves of houses. The nests take up to ten days to build; both the male and female birds collect mouthfuls of mud from streams and ponds and build up the nest pellet by patient bill-sized pellet. The places from which they collect the mud are often some distance from the nest site; house martins have been seen collecting mud from the pond in the park, far away from the nearest house.

This cold dry spring, that is quickly drying out the ground, might make nest building difficult for them and delay their breeding. If you can provide it, a muddied edge to a garden pond will help, or a bucketful of water to prolong the life of a muddy puddle in your driveway.

1. Collecting mud from a stream; 2. Building a new nest.

Built in sheltered places and and made of durable dried mud, the nests easily survive the winter and birds return to them season after season. Mending a nest is a lot easier than building one from scratch and can give a breeding pair a head’s start of several days; most pairs try to raise two broods of chicks each year so an early start can be important.

Unfortunately, a soundly built martin’s nest is considered a desirable residence by local house sparrows and sometimes the martins have to fight for their property – and they don’t always win.

Once established, house martin pairs remain together for life. However, extra-marital affairs are common and a research study has shown that 15% of nestlings are not related to the male bird that is raising them. This is a species that seems to be socially monogamous but genetically polygamous.

A martin’s nest is noisy and often quarrelsome (don’t forget those extra-marital affairs); the birds and their growing offspring all cram into the nest when it gets dark and talk for half the night. You will have heard them if you are lucky enough to have house martins nesting under your eaves.

Conservation status: Classified in the UK as Amber under the Birds of Conservation Concern 4: the Red List for Birds (2015).