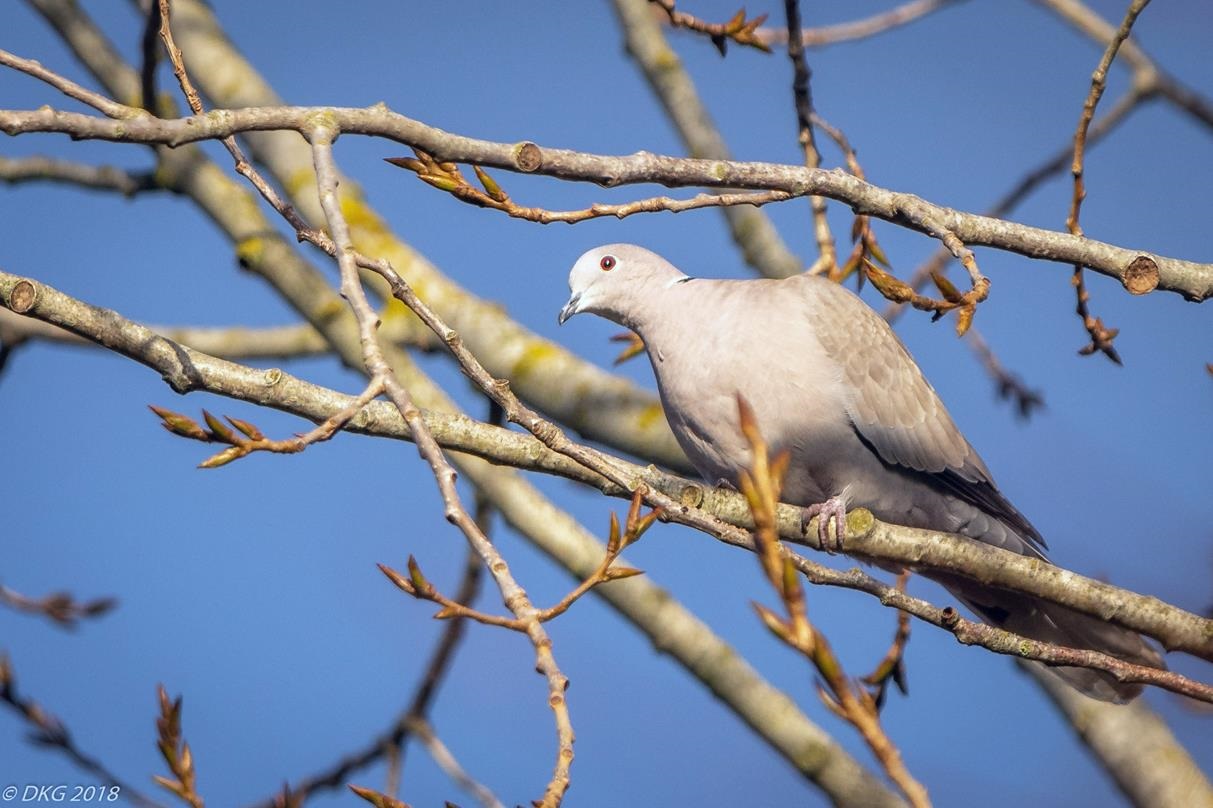 Collared doves (Streptopelia decaocto) bred in Britain for the first time in 1955, in Norfolk. Within 20 years they had colonised every county in the British Isles, and had even reached Shetland and the Outer Hebrides.

They had originated in Turkey and the Balkans but spread north and west through Europe very rapidly during the 1930s and 40s. Their population in Britain has stabilised at around 250,000 breeding pairs but in mainland Europe flocks of up to 10,000 have been recorded.

There are several behaviours that have contributed to the species success. Adolescent birds undertake enormously long dispersal journeys; they have been known to travel more than 600km from where they were hatched. The adults breed several times a year, right into the winter if the temperature is right; the eggs hatch after 14 days, and the young fledge just 17 days after that. If you find white egg-shell under a tree at this time of year, it will probably be from a collared dove’s egg.

They nest anywhere, town or country, where they can find a ledge or a support for their untidy and imprecisely built nests.

Their population has actually fallen since 2005 though nobody is sure why. Wood pigeon numbers have recovered so there is more competition for resources and an  endemic disease, trichomonosis, may be affecting population numbers. There is also a suggestion that this far north there is the possibility of bone disease caused by lack of vitamin D, the sunshine vitamin, during the winter months: a natural limit to their range.