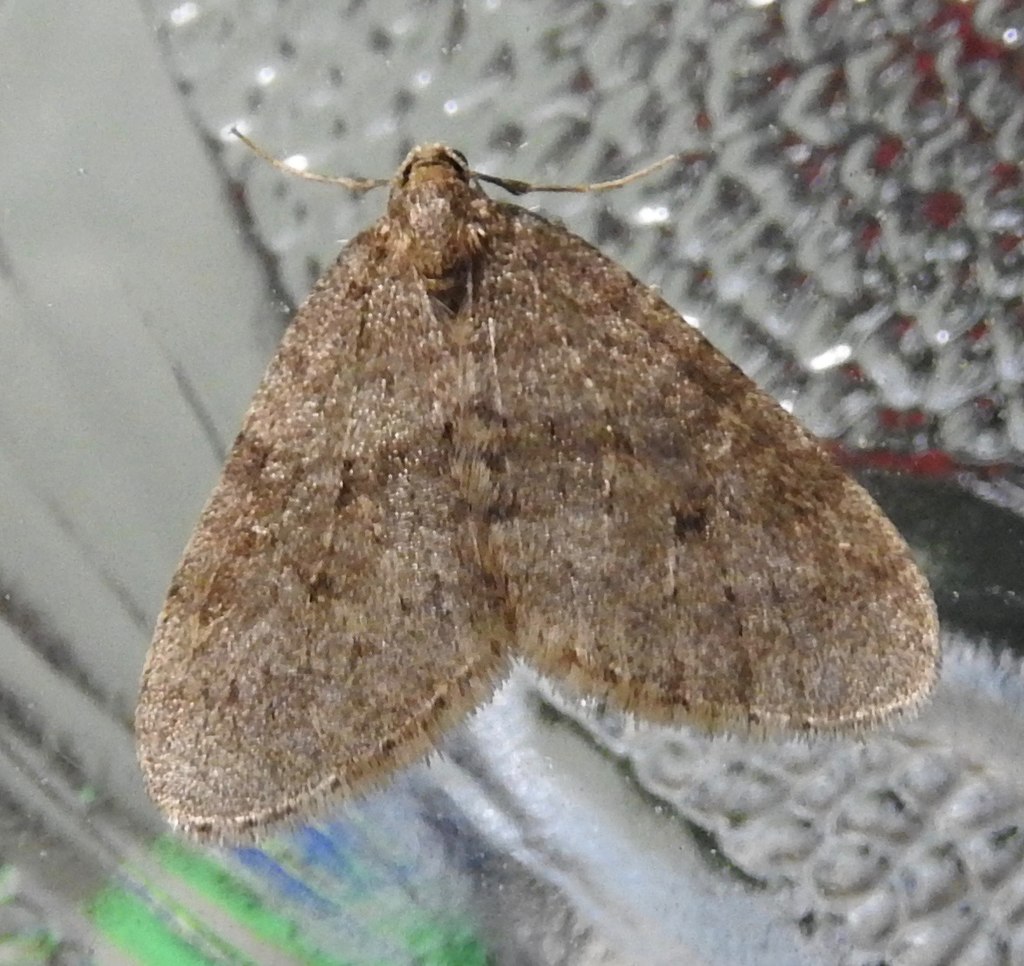 The Winter moth (Operophtera brumata) is one of the few moth species that can cope with winter’s freezing temperatures in its adult stage. They are endothermic which means that they can produce heat internally by biochemical processes, just as warm-blooded creatures do.

Male and female winter moths look very different. The male is a small brown moth, its wings speckled and barred, and easily attracted to light. The females have short stubby wings, cannot fly at all, and spend most of their life in the soil; they emerge to crawl up a tree trunk when it is time to attract a mate with their pheromones. After mating a female will lay her eggs in cracks in the bark of the tree where they will remain until the spring. In the UK, oak trees are one of the winter moths’ favourite trees for egg laying.

The eggs hatch into pale green caterpillars in the early spring just as the host tree’s leaf buds are opening; the caterpillars feed on the tender new foliage. Many of the park’s small birds time the hatching of their eggs to coincide with the hatching of winter moth eggs.

Winter moths have shown that they are able to adjust the time at which their eggs hatch to match the oak tree’s response to our changing climate. In the park, the great tits and blue tits that rely on winter moth larvae to feed their nestlings are less able to make that adjustment. We have seen nests abandoned because they were built too soon or too late for the main flush of caterpillars.

Our park is a complex web of inter-relationships, many of which are threatened by the present climate and ecological emergencies. It is hard to know what to do but doing nothing is no longer an option.