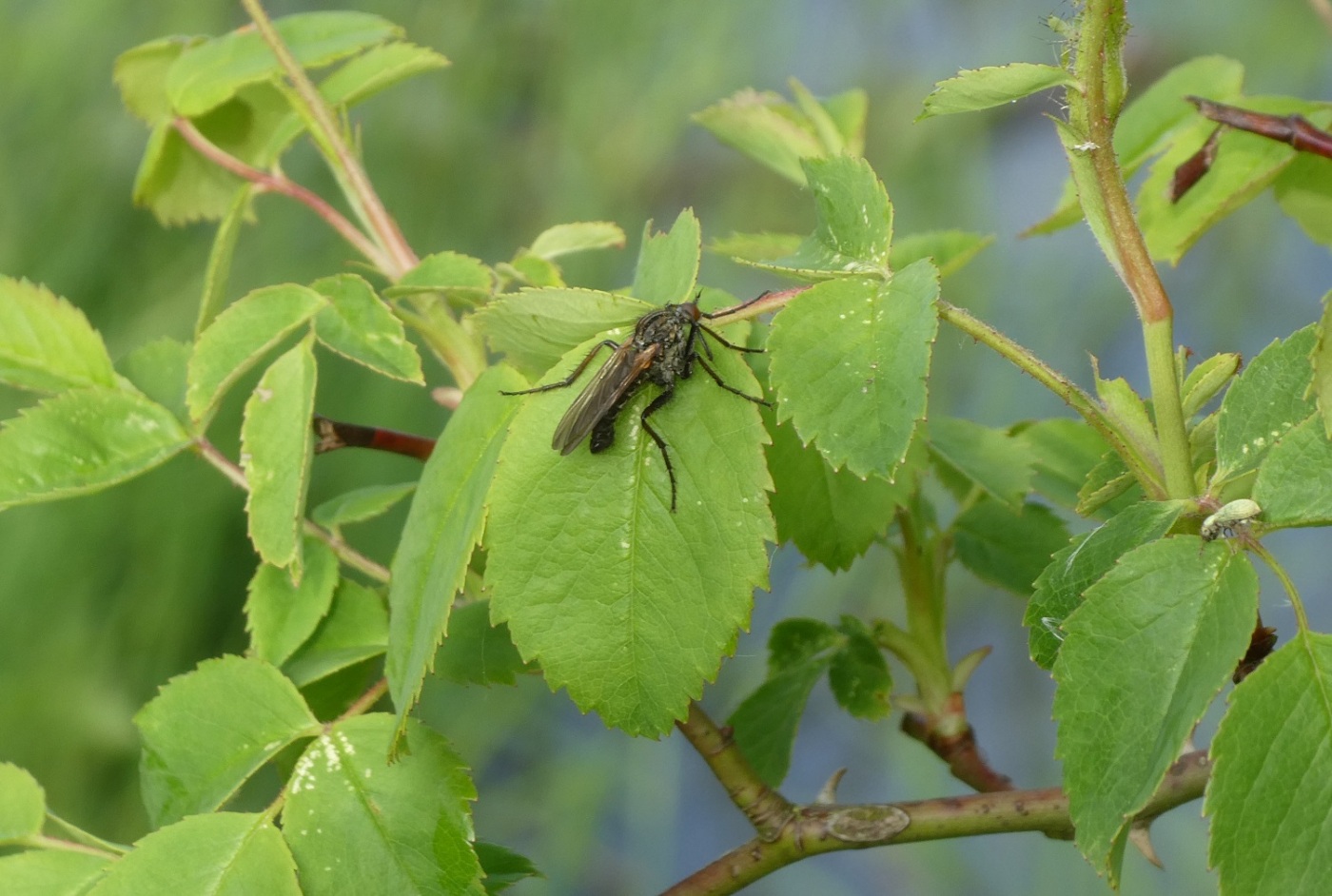 I photographed this fly by the pond on Saturday. It’s Empis tessellata, one of the larger species of Dance or Dagger Flies. It can be seen from April to August.

Although they are nectar feeders, they will also predate other insects, using their very long proboscis to stab through their prey’s body – hence the Dagger part of the name. Interestingly, the males must present the gift of a dead insect to the females in order to mate – she will feed on it during the act. No gift, no mating.

The species is common and seen all over the reserve.