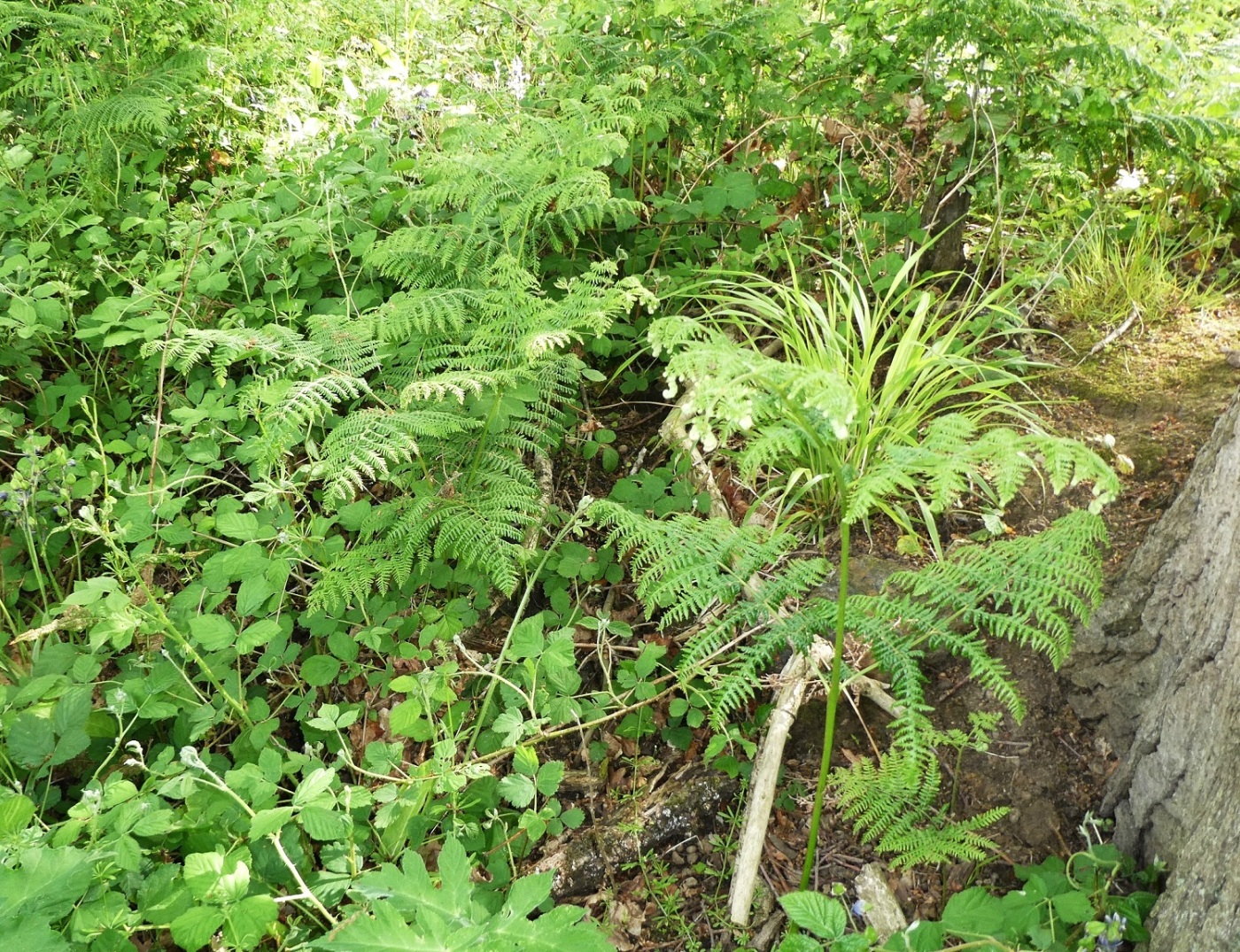 This week, bracken has been identified for the first time in the reserve, in the corner of Sheep Field, under the oaks.

Bracken (Pteridium aquilinum) is found world-wide. Its spores are so light that they can travel enormous distances high up on the wind. They travel so far that it isn’t known where the species originated.

In Britain, where it is usually called native, it has become a very invasive coloniser. As well as producing spores that travel long distances through the air, it has underground stems, rhizomes, up to a metre below the surface, that can travel metres more in a season, growing new fronds at 30cm intervals. It produces toxic chemicals to deter grazers, and others to repress the growth of plants that might compete with it. Its vigorous growth shades out any competitors hardy enough to survive the toxins.

The species has also been able to take advantage of British farming techniques, old and new. Tree clearance and upland grazing, particularly over-grazing, gave it access to the hills and moorlands we now associate it with. It cannot tolerate waterlogging but widespread drainage has allowed it into places where it wouldn’t have previously grown. For farmers, it has become a persistent problem, too often treated with herbicides that kill other species of fern as well.

We have added it to our species list but we are aware we will have to keep an eye on it.