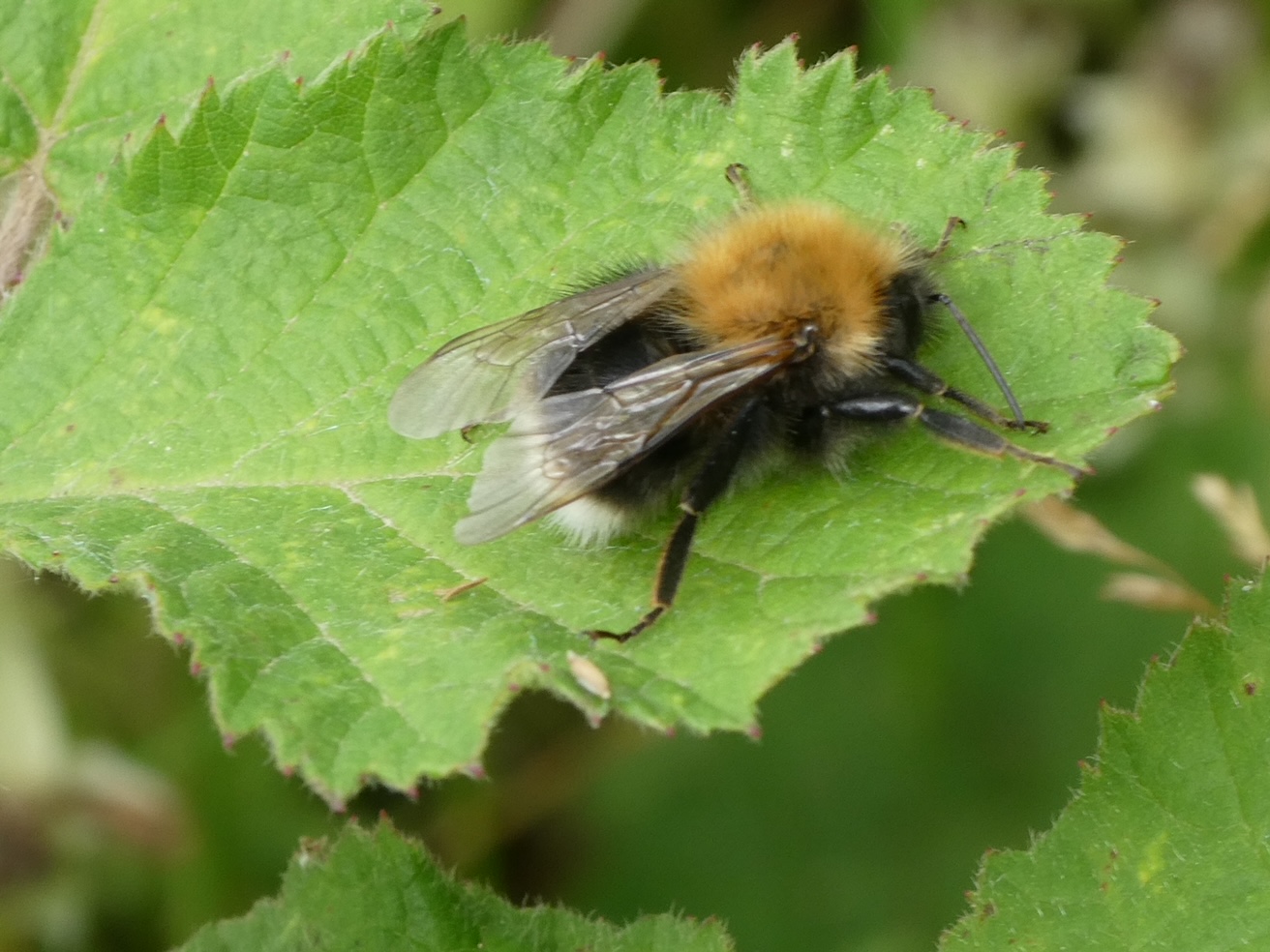 This fluffy bee is Bombas hypnorum, a tree bumblebee, photographed yesterday in the reserve by Clive Knight.

Tree bumblebees are European natives that crossed the channel and arrived in Britain at the turn of the century. The first UK identification was actually right here in Wiltshire, in 2001. Since then, in little more than two decades, they have spread rapidly, are now found right through England and Wales and have become one of our most common bumblebees. The species was positively identified in the reserve last year by Mark Bushell, though it’s possible and probable they had been here a lot longer.

This is a woodland edge species that nests in cavities such as old birds’ nests and holes in trees. But, like a lot of insects that appear to be adjusting well to the demands of climate change, the tree bumblebee has adapted to urban life and is commonly found in gardens, nesting in bird boxes, holes in garden walls or roof spaces.

It is a generalist species that has been observed feeding at more than a hundred different kinds of wildflower and their garden cultivars. It is these generalists, cheerfully moving north as the European climate warms and busy making do, that will occupy the empty habitat left by our more specialised and less adaptable native bumblebees.

Check your bird boxes for bees!