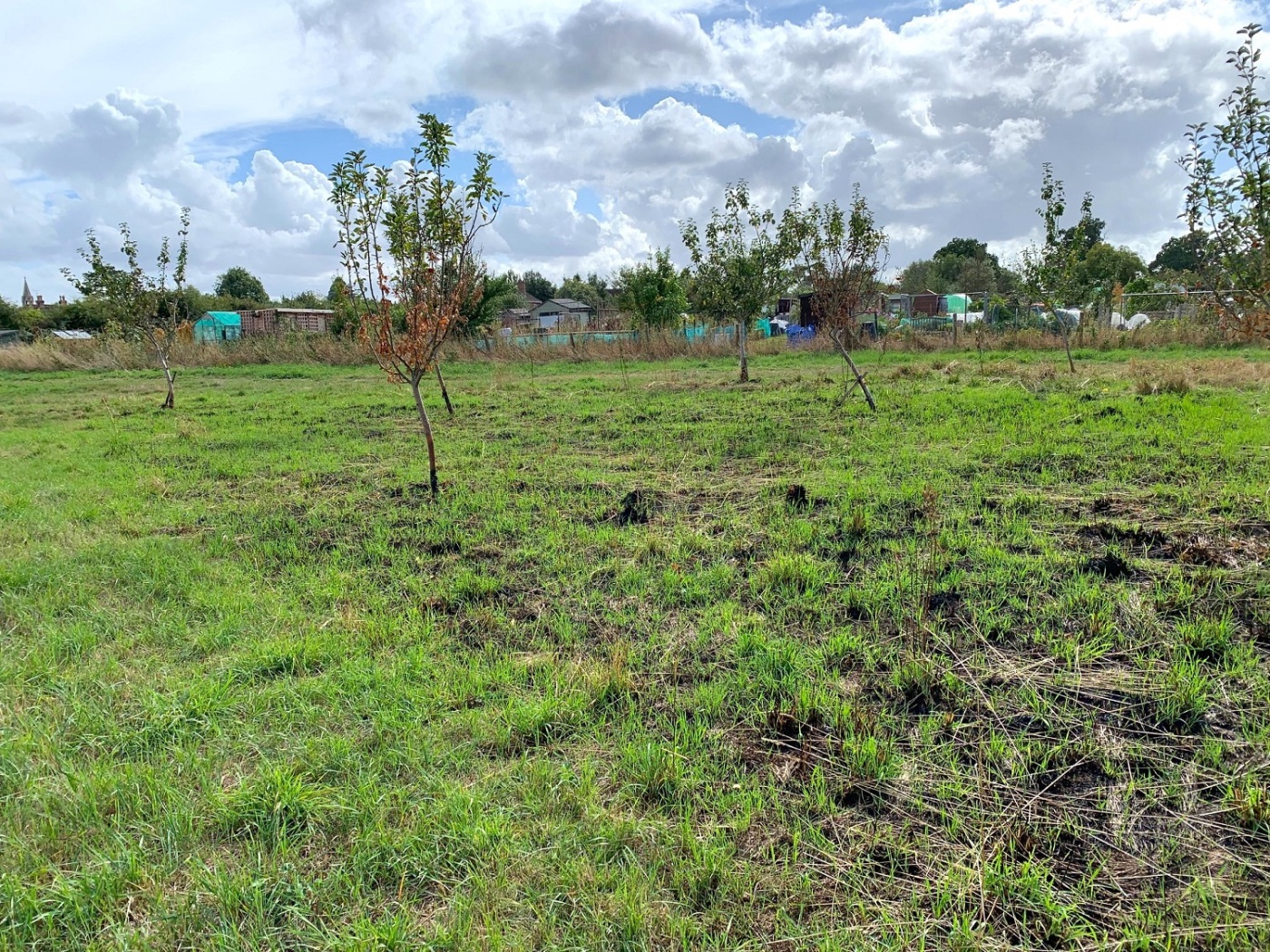 Clive Knight’s weekend picture of the heritage orchard shows how quickly it is recovering from the grass fire of August 20th.

Fire is part of the cycle of a natural grassland ecosystem. It reduces the leaf litter that accumulates each year, letting sunlight reach and warm the soil. This increases the microbial activity which releases nutrients into the soil for the new grasses. After a grassland fire, fast growing, bright green shoots can appear within a matter of days.

But our heritage orchard is not a natural grassland and the nearby woods were tinder-dry at the end of the drought. We only escaped something disastrous because an eagle-eyed allotmenteer saw the smoke and called the fire service. We know who you are – thank you!

The apple trees seem to have escaped with little more than a scorching and the loss of some lower leaves. We won’t be able to tell if there is permanent damage until next spring but it all looks hopeful. Our little nature reserve is important habitat. Let’s look after it.