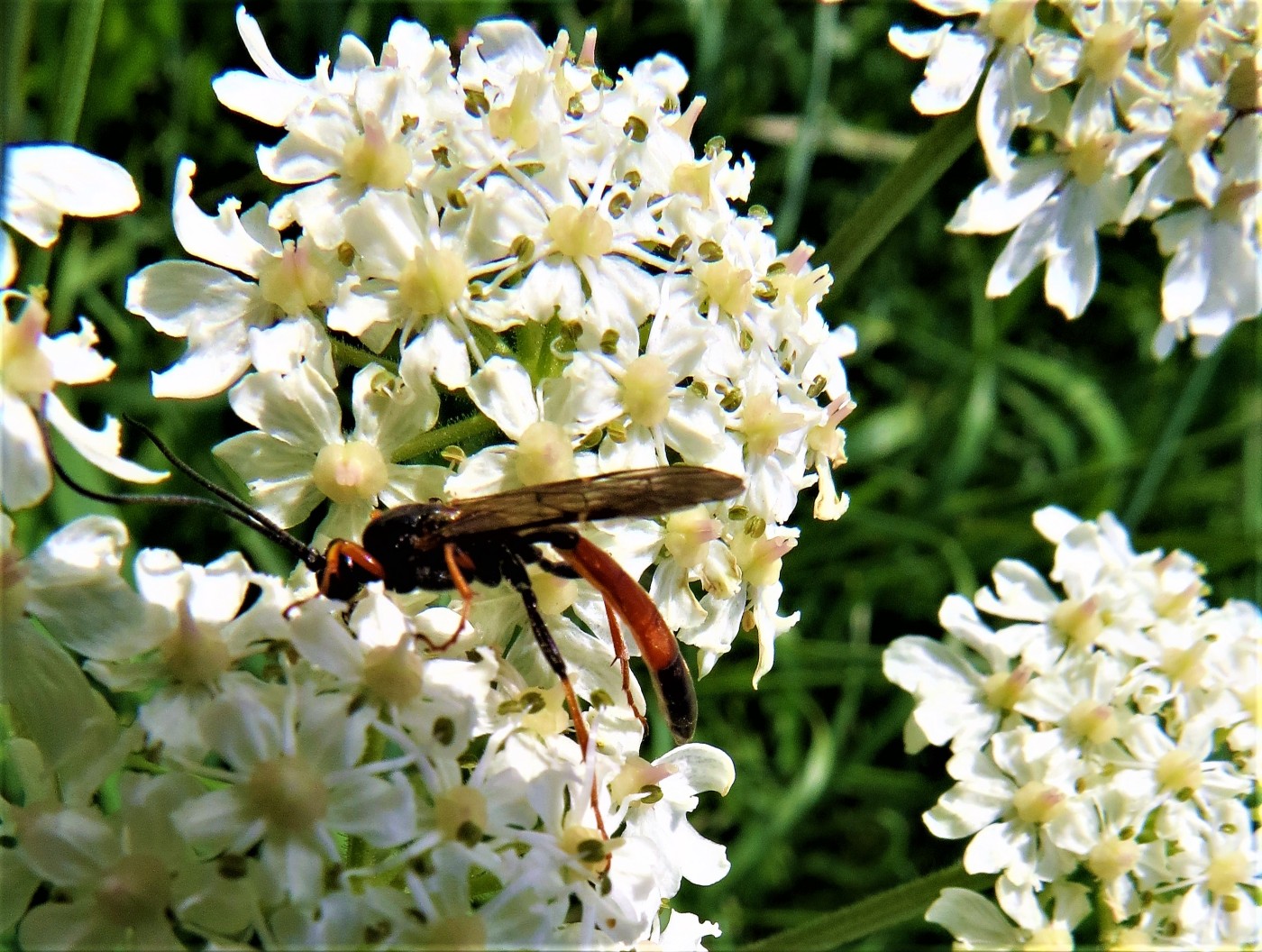 This is an ichneumon wasp feeding on clog weed near Lambrok Stream.

There are more than 2,500 species of ichneumonids in the UK; it is believed they make up 10%  of all our insect species. It takes an expert to identify any except the most obvious.

Most ichneumonids are parasitoids: the female lays her eggs on or in the body of other insects and the larvae eat the host, eventually killing it. A few ichneumonid species are predators, mostly on arachnids. 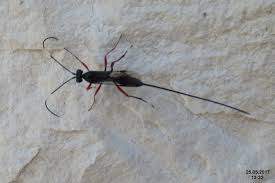 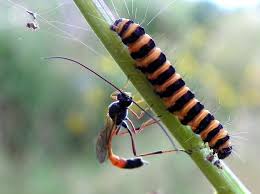 … lays her eggs on or in the body of other insects…

The header picture is of a male; the females have long ovipositors, which look very intimidating, that they use to pierce the defences of the prey insects and place their eggs exactly where they want them.

June in the Park: