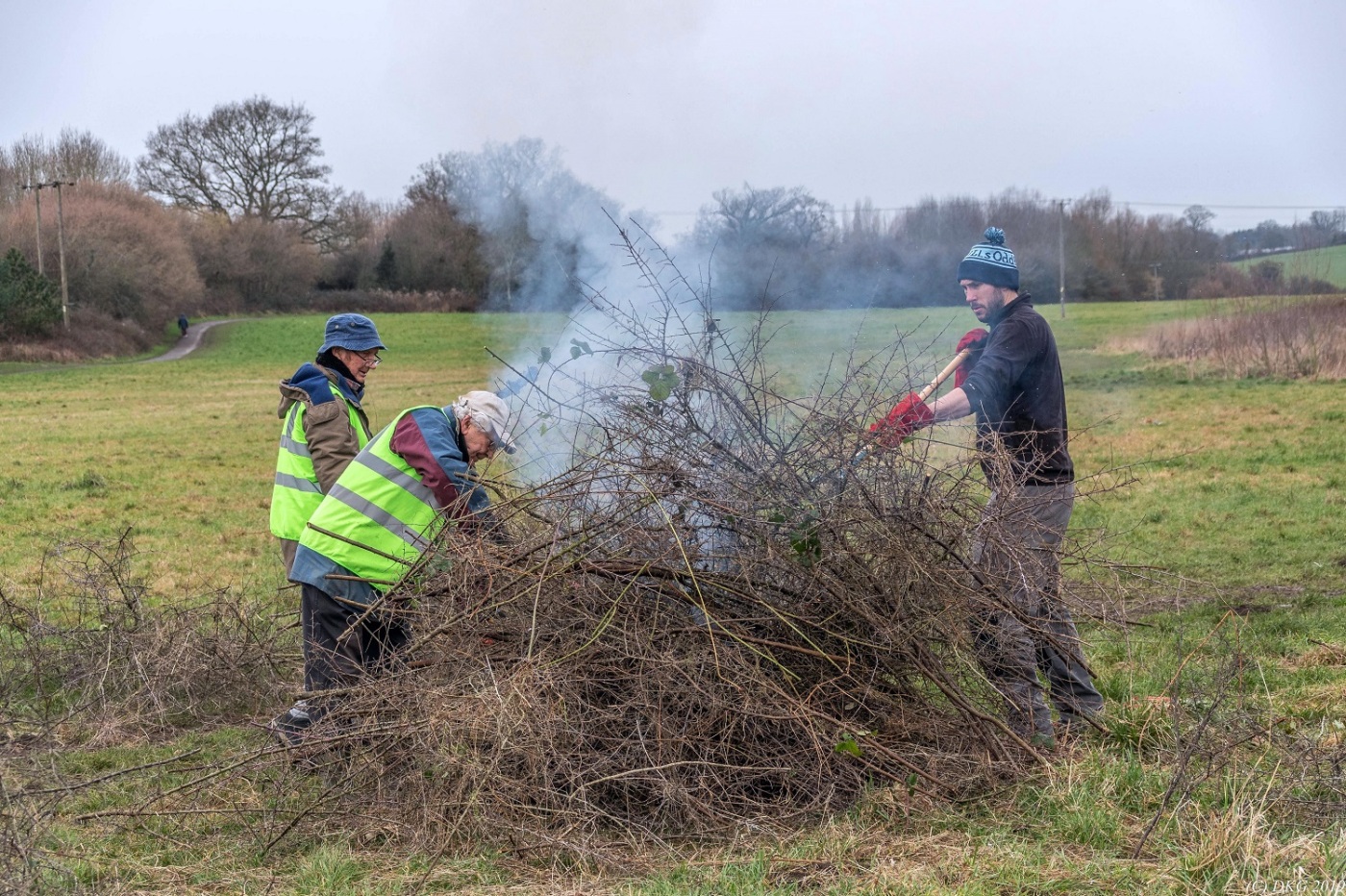 A chilly but dry Tuesday greeted FoSCP, meeting up in the car park for the day’s tasks. It was decided to try and finish the clearing of the bramble and blackthorn at the rear of the car park and to burn off the debris from the last working day as well as this.

As usual, Pat went off around the park to pick up the litter dropped by the people who can’t be bothered to use the bins.

While we got stuck into the removal of brambles etc, Ian began pruning and tidying up the fir trees in the wooded area between the car park and the road. He used the newly acquired extendable loppers that have made another task so much easier to carry out.

At the end of the morning most of the undergrowth had been removed and burned; just a small amount of tidying up left for the next Wednesday work party.

We found snowdrops hidden in the undergrowth and now that more light can reach them they should give a nice display.

Queen of the litter pickers

One thought on “Tuesday report from DKG”