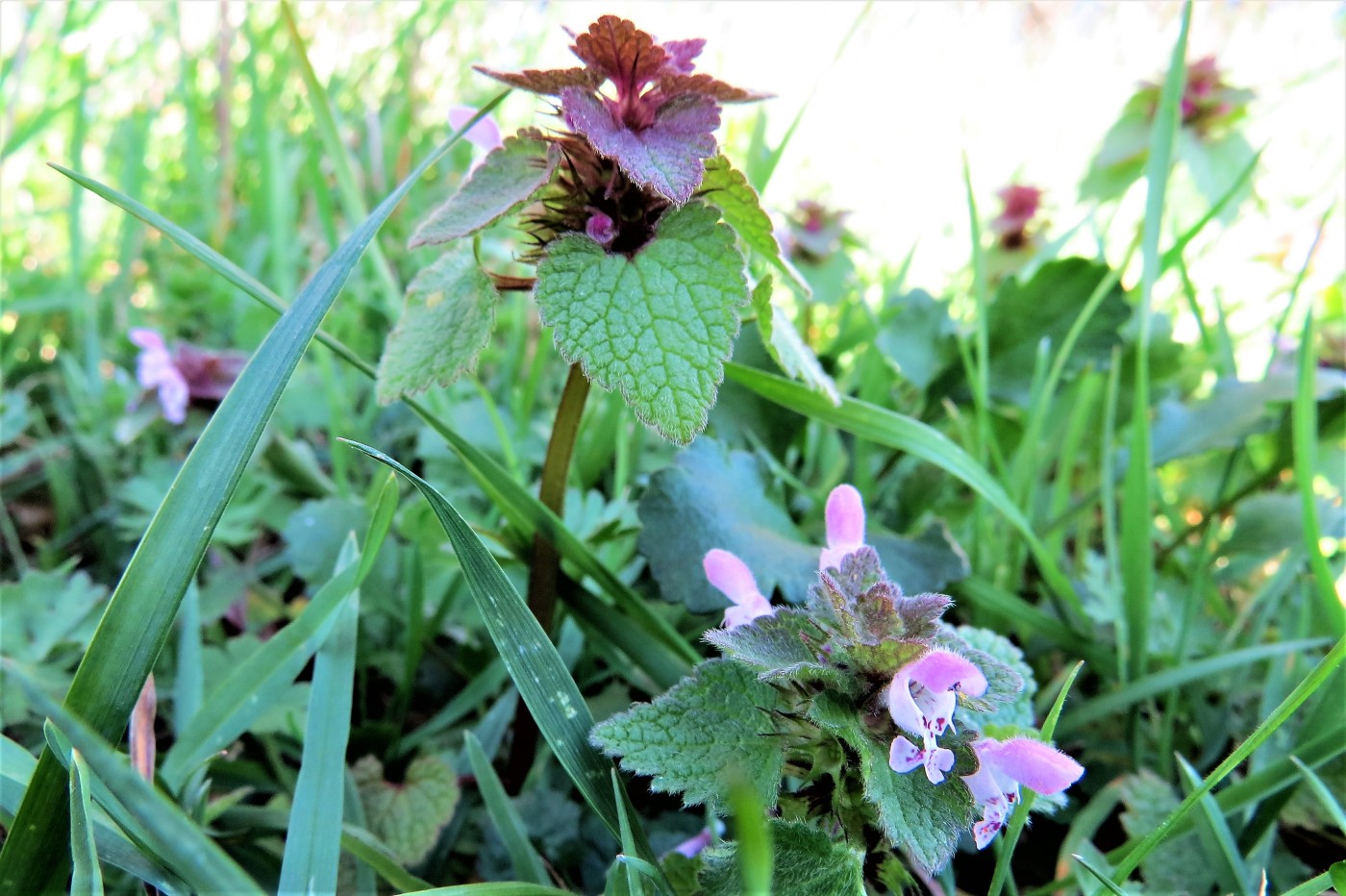 This is a red dead nettle (Lamium purpureum), the commonest of weeds. It flowers for most of the year in untidy vegetable plots, roadside verges and, in this case, country park car parks. Nobody gives it a second glance but its flowers, hidden among its topmost purple leaves, are extraordinarily beautiful.

They have five petals but they are arranged around a single plane of symmetry; this is called zygomorphism. The top petal is shaped like a hood. The two lower petals are fused into a keel which makes a landing strip for pollinators; the keel has spots to signpost the way to the nectar. Between the hood and the landing platform are two more petals, wing petals, shaped like fangs.

The stamens and the pistil, the male and female parts of the flower, are lying in wait under the hood for a nectar-hunting pollinator to land on the platform. The stamens, with bright orange pollen, ripen before the pistil, to prevent self fertilisation. The weight of an insect landing on the keel will trigger the stamens to bend down and stamp their pollen onto the visitor’s back or the pistil to brush down against the pollinator and pick up pollen that it has brought from another plant.

Red dead nettle pollen is an early source of protein for bees; they scrape it off their furry backs, where the dead nettle put it, using their back legs. The protein is particularly important at this time of year when bumblebees are establishing their nests and honey bees are beginning their season’s foraging.

Find a magnifying glass, go out and take a look.

More about flowers;
The structure of orchids