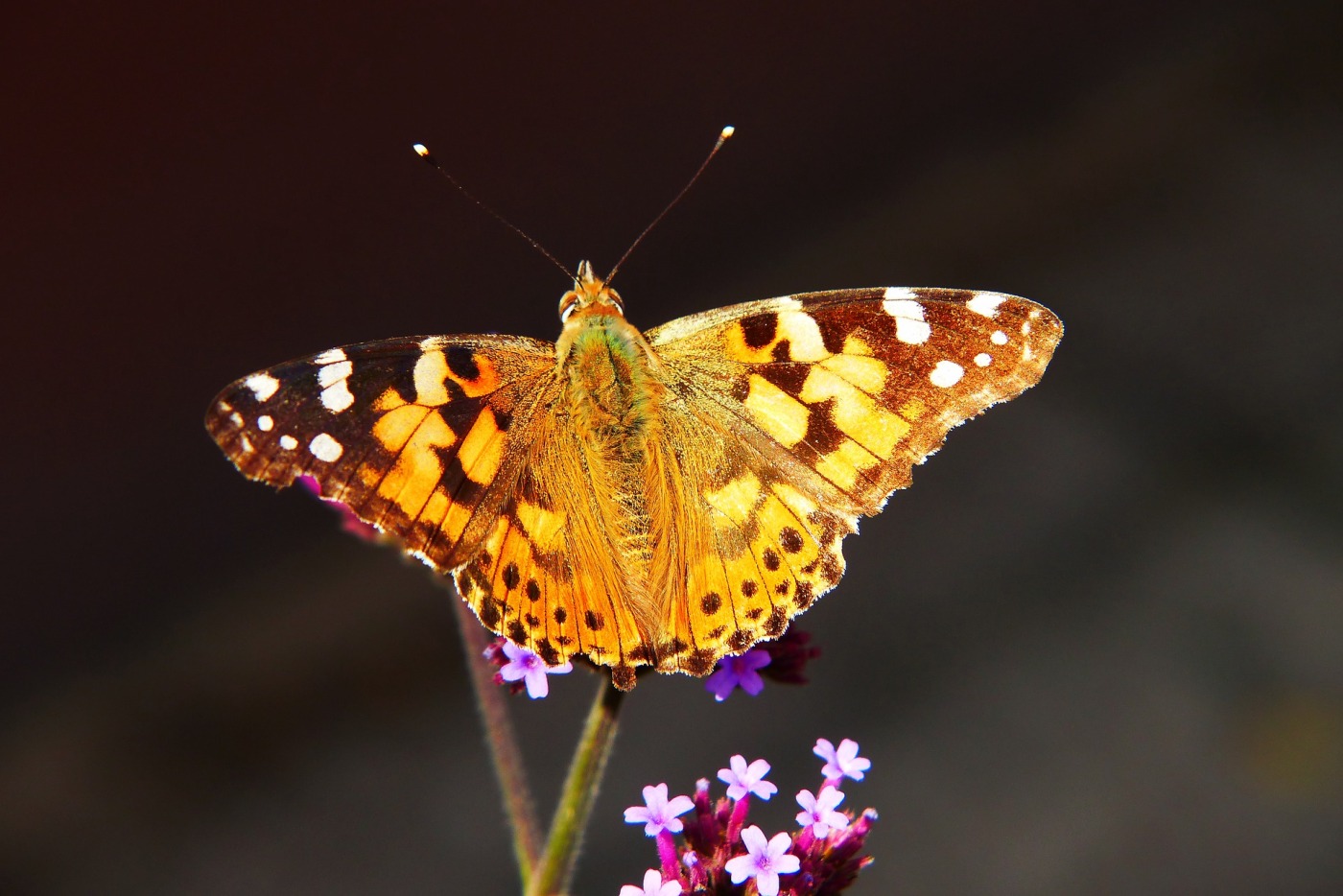 We are going to use the last few days of 2019 to review the year’s new entrants to our species lists.

Three new species of Lepidoptera were reported, verified and added to our list in 2019. Like all our new sightings, they were reported to the Wiltshire and Swindon Biological Records Centre by Ian Bushell

Wall brown (Lasiommata megera) seen by Ian Bushell on 21/08/19
The wall brown can be seen, in two or three broods, between the middle of April and the end of October. It likes hot, sunny places and in this year’s long summer our open grassland has been ideal habitat.
The wall brown’s conservation status: widespread but rapidly declining. UK Biodiversity Action Plan status: Priority Species.

Yellow-barred Longhorn moth (Nemophora degeerella) seen by Ian Bushell on 12/06/19
This is a day flying moth. The males have antennae three and a half to four times the length of their forewing, the longest in the British Lepidoptera.
Its conservation status: common and widespread.

The painted lady is a long-distance migrant. Each year, it spreads northwards from North Africa, the Middle East, and central Asia, recolonising mainland Europe and reaching Britain and Ireland. Spectacular numbers have been seen in Britain in the past but the painted lady has not been identified in the park until this year.
Researchers are still trying to work out the details of its complex migratory life cycle.