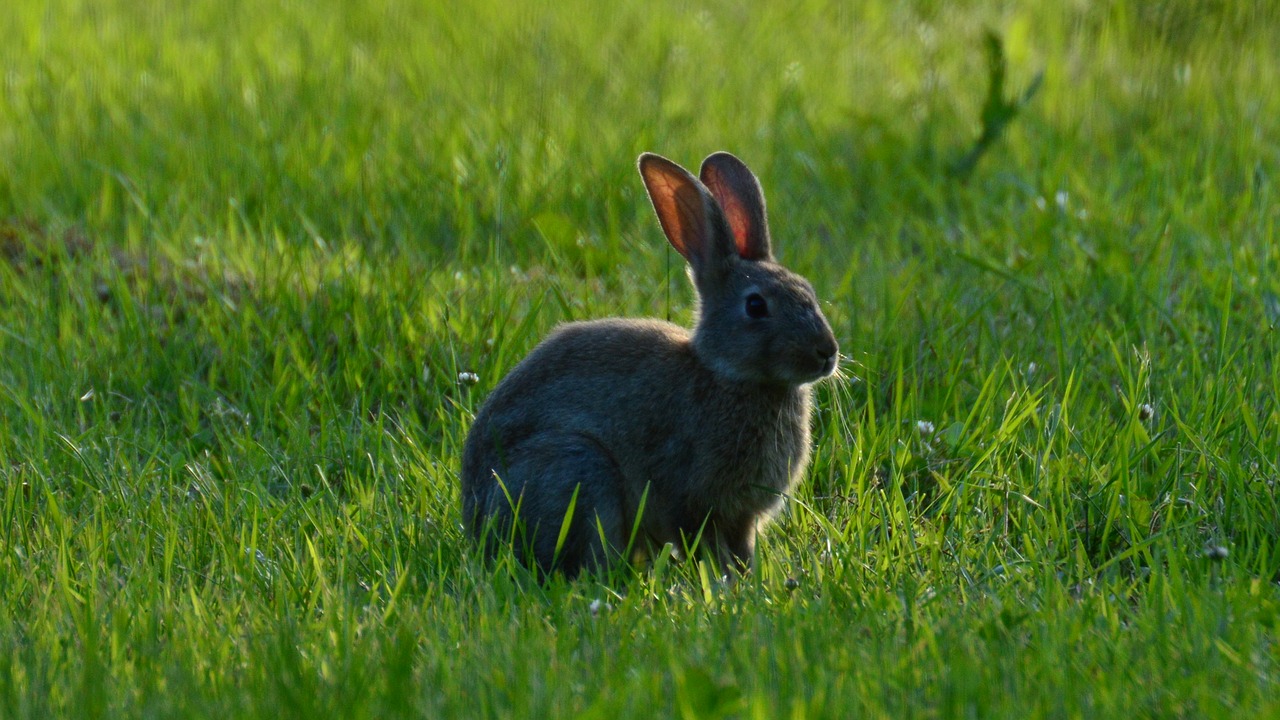 The nature reserve’s rabbits are beginning their long and busy breeding season.

At this time of year the dominant bucks will be marking out their territories in preparation for the breeding season, which will last right through to October. The buck marks his boundaries with piles of droppings; he scratches out shallow scrapes or rubs the scent glands under his chin on the ground during nightly patrols. There may be fierce battles with other bucks that come to challenge his dominance.

Subordinate, lesser ranking bucks do not establish a territory and will be warned off in no uncertain terms if they venture into the territory of a dominant male rabbit.

Rabbits are sociable animals and live in colonies, in burrow systems called warrens that can be up to three meters in depth and cover a large area with many entrances. There is a warren in the wide hedge at the far end of Sleepers Field. Where the rabbits graze, the grass is shorter, more dense and the sward supports little wildflower species that don’t grow anywhere else in the park.

A dominant doe will select and fight for the best nesting hole, which she will line with dried grasses and fur plucked from her belly. She will have four or five litters of kits this year; the dominant does are always the most successful breeders. She might have as many as twenty offspring in this season and many of them will be old enough to mate and produce their own young before the season is done.

The reason we are not overrun with rabbits (do the maths: if half of the twenty are female and have twenty offspring of their own next year. . .) is that they are a prey species. Everything eats rabbits: foxes, dogs, stoats, weasels, cats, buzzards. Rabbits get run over on the roads, mowed down by agricultural machinery, and people hunt them with guns, dogs, and ferrets for sport or the pot.

And if a warren gets too crowded, there is always the danger of myxomatosis, a disease introduced into Britain in the 1950s to control rabbit populations. It is ever-present and spreads easily through a crowded warren.

If you walk in the park early in the morning or in the dusk, keep a look out for the rabbits of the Sleepers Field warren.

The Wild Rabbit is listed as Near Threatened on the IUCN red list as the population is declining due to disease, habitat loss and human-induced mortality.

A version of this post was first published in February 2020