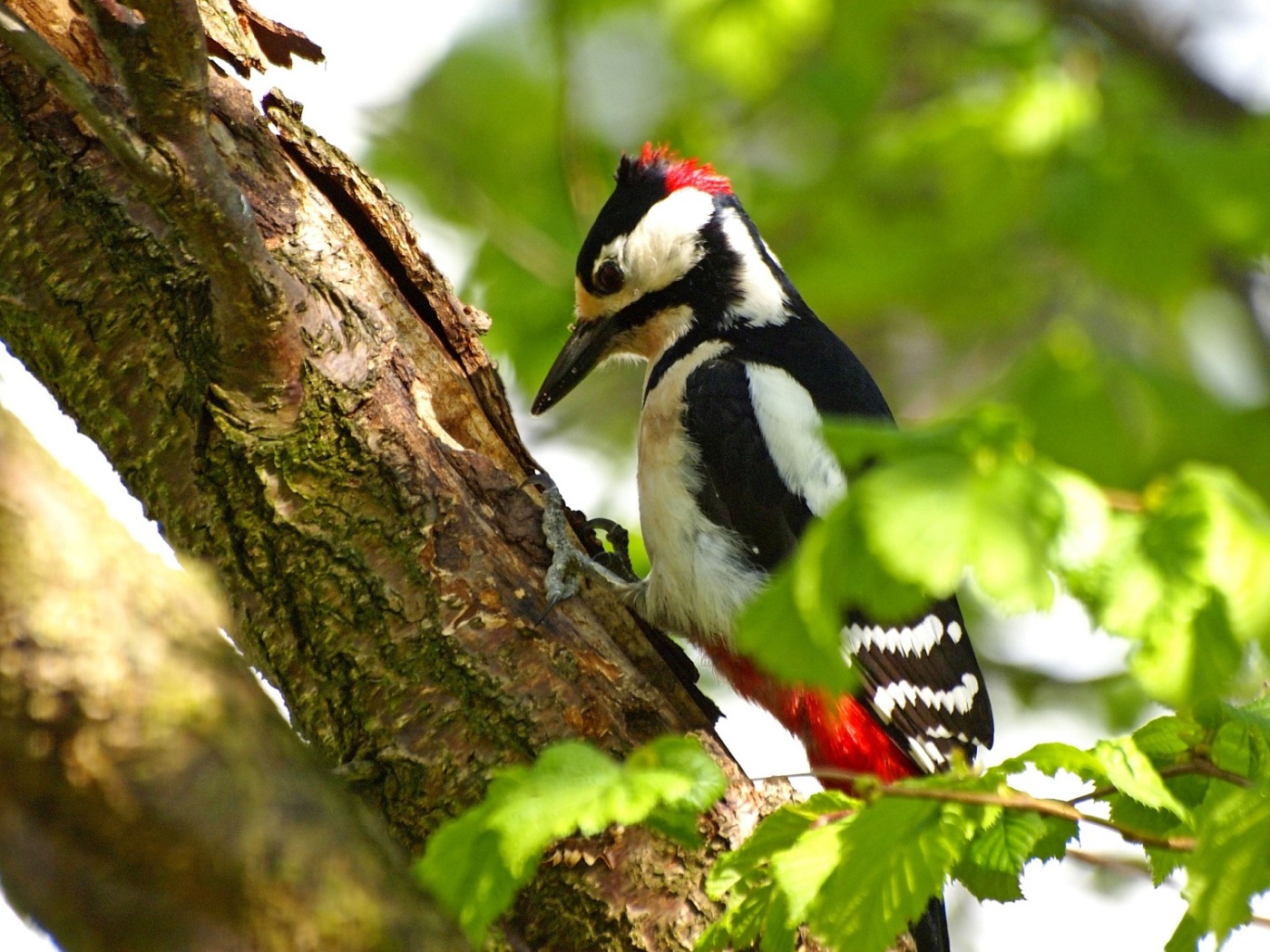 ONE: Greater spotted woodpeckers spend most of their time clinging to tree trunks and branches, propping themselves upright with their strong tail feathers. They often sidle round to the other side of a tree trunk to hide from an observer.

TWO: They are unexpectedly small, smaller than a blackbird in fact, but most people imagine them to be much larger.

The male greater spotted woodpecker (header picture) has a patch of red feathers on the nape of its neck; the juvenile [1] has a red cap and the female [2] has no red on her head at all.

THREE: The greater spotted woodpecker is an insectivore. It uses its powerful beak to hammer holes in tree bark so that it can extract beetle larvae from underneath with its long, flexible tongue. It also eats caterpillars, adult beetles and spiders. In the spring, it will take the chicks and eggs of smaller birds.

FOUR: Males use their beak to hammer against dead trees, making a drumming noise. This proclaims their ownership of their territory, both warning off rivals and inviting in females. Drumming like this would cause brain damage to most birds, but woodpeckers have specially developed shock-absorbing skulls that cushion the impact.

FIVE: Male woodpeckers have learned that metal man-made structures are very resonant and make excellent drumming stations: corrugated tin roofs, roadside CCTV cameras and, in this case, the metal reinforcement around the entrance hole of a nest box, put there to keep the woodpecker out.