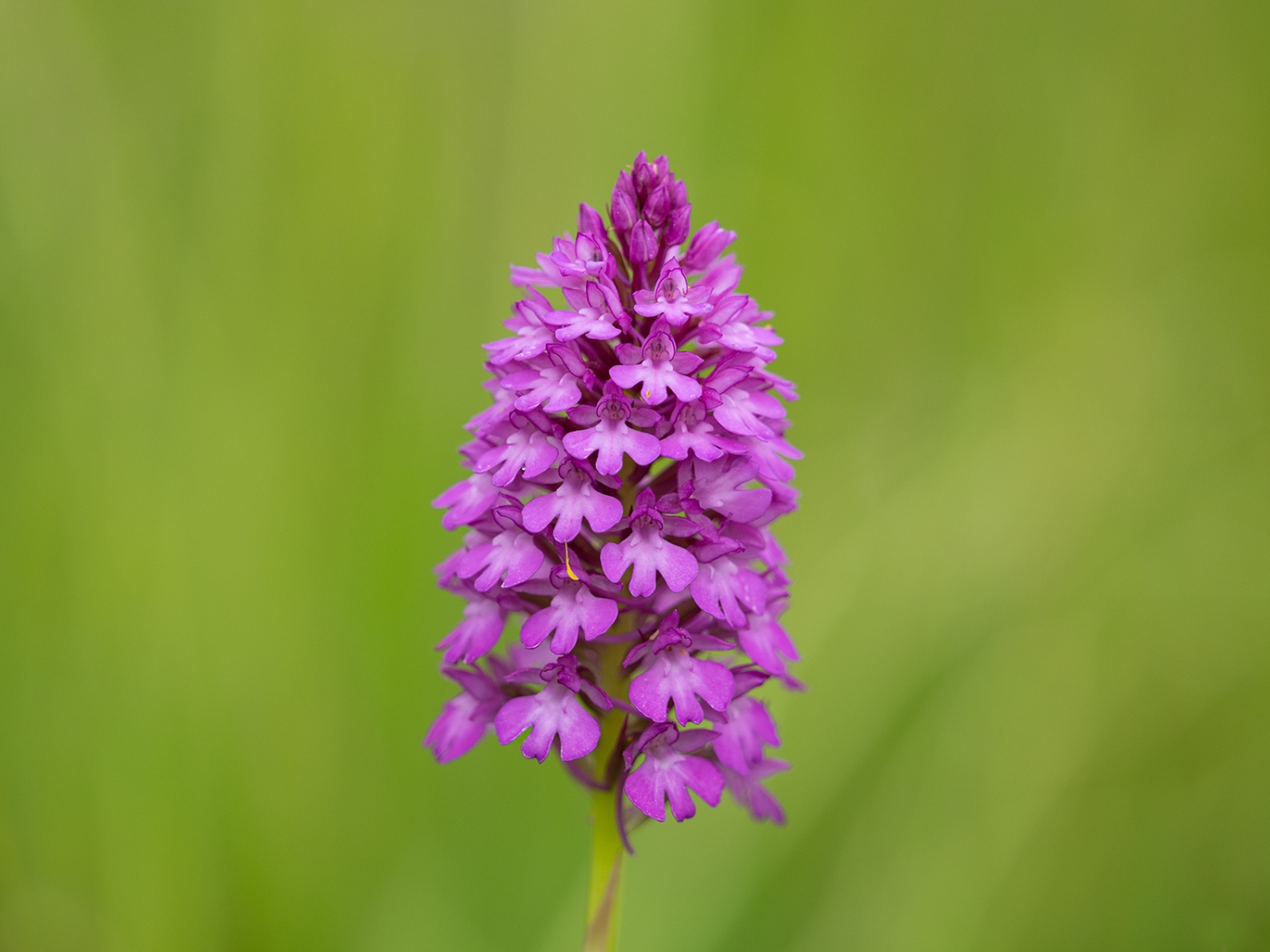 Photographer Simon Knight, called in to record this exciting event, found growing among them another new species: the extraordinary bee orchid (Ophrys apifera).

The appearance of two new species of orchid is testament to the hard work that the Friends, the Countryside Team and the reserve’s tenant farmer have put into restoring these few fields to the state of natural grassland. Well done, all of you.

Our native orchids rely heavily on symbiotic relationships with specific genera of mycorrhizal fungi. Neither pyramidal nor bee orchids can germinate effectively until the spores of a soil-dwelling mycorrhizal fungus have entered the seed and colonised its growing tip.

Orchid seed is tiny, like dust, and contains almost no food reserves. Once this tiny seed has been prompted into germination by the fungus, the embryonic plant grows so slowly that it may not make leaves capable of photosynthesis for several years. During all that time, the proto-plants are totally reliant on resources provided by their resident fungi.

These delicate inter-species relationships are not clearly understood yet but what is known is how easily they are disrupted. The smallest change to the environment they are growing in and both these species of orchids could disappear as abruptly as they arrived: they and their seed might then lie dormant for many years, even decades, or die out completely.

The reserve’s fields must have met the requirements of several species of mycorrhizal fungi as well as those of the orchids. If these two colonies are to continue to flower here and produce such beautiful and fascinating flowers, we have to look after the whole reserve.