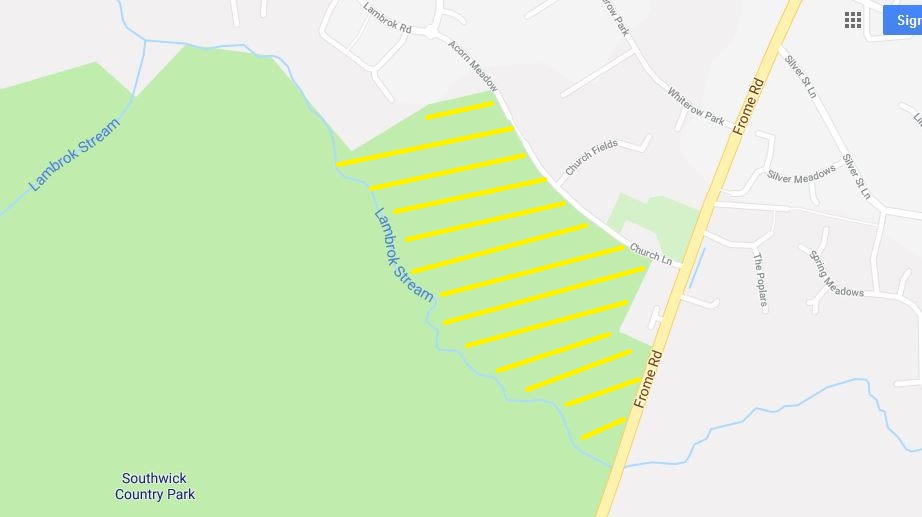 RPS is preparing a planning application for a residential development in the field between the park and Church Lane; the field is shaded yellow in the map above.

RPS, originally Rural Planning Services, appears to be a multinational planning and development consultancy; it is not the building firm proposing to develop the site. They have invited local people to drop in on an exhibition in St John’s Hall in Church Lane on Thursday, July 5th between 3.00pm and 6.30pm, “to view and provide feedback on the emerging proposals.”

Wiltshire Council, despite many objections, approved this site for development of up to 45 houses in Wiltshire’s Housing Site Allocations Plan, saying this:

… introduction of housing on the land would extend the built form of Upper Studley into a landscape dominated by the Lambrok Stream and Country Park beyond.  As such, the site would need to respect the flood plain of the Lambrok Stream and provide appropriate screening to limit the impact of housing on the surrounding area.  This could potentially be achieved through tree/hedgerow planting which, in turn, would potentially augment existing habitat features…

which does not even mention the importance of Lambrok Stream to the park’s developing ecosystem. 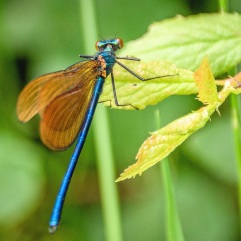 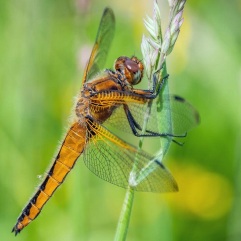 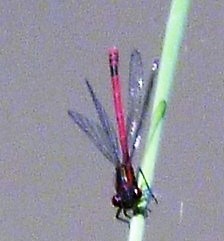 The stream is the breeding site of half a dozen species of damselfly, countless ephemera, and at least three species of dragonfly, one of them (the scarce chaser) listed in Category 3 of the British Red Data Book. We are still surveying the number of species in the park that depend on the quality of the water in the stream.

The site slopes steeply and it is difficult to imagine how the stream can be protected from the runoff from either building or a residential development; the suggested tree/hedgerow planting will achieve nothing for the stream’s protection. If the quality of the water or the stream bed is changed, species will be lost.

We will attend the exhibition on Thursday to speak up for Lambrok Stream and the park,  and would encourage as many people as possible to do the same.